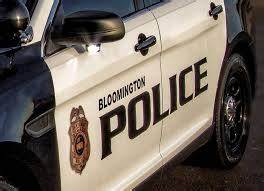 A forty five year old Port Stanley woman wanted on a warrant was arrested after she turned herself in at the Colin McGregor Building Thursday. The warrant was issued after she failed to attend her scheduled court date to answer to charges of driving while under suspension. The woman had been issued a court summons during a traffic stop. She was taken into custody without incident for processing and later released with a new court date. ^1686

Thirty eight year old Freddy Cruz-Ventura was arrested Thursday night after officers on Community Patrol were called to a disturbance on Talbot Street near Pearl. Police recognized Cruz-Ventura as being wanted on a warrant. The warrant was issued after he was alleged to been in possession of stolen property and to have breached his court ordered release conditions. He was taken into custody without incident. During processing Officers seized a loaded syringe containing and a small package of Crystal Methamphetamine. As a result he was also charged with Drug Possession x2. He was later released on an Undertaking with court date. ^1688