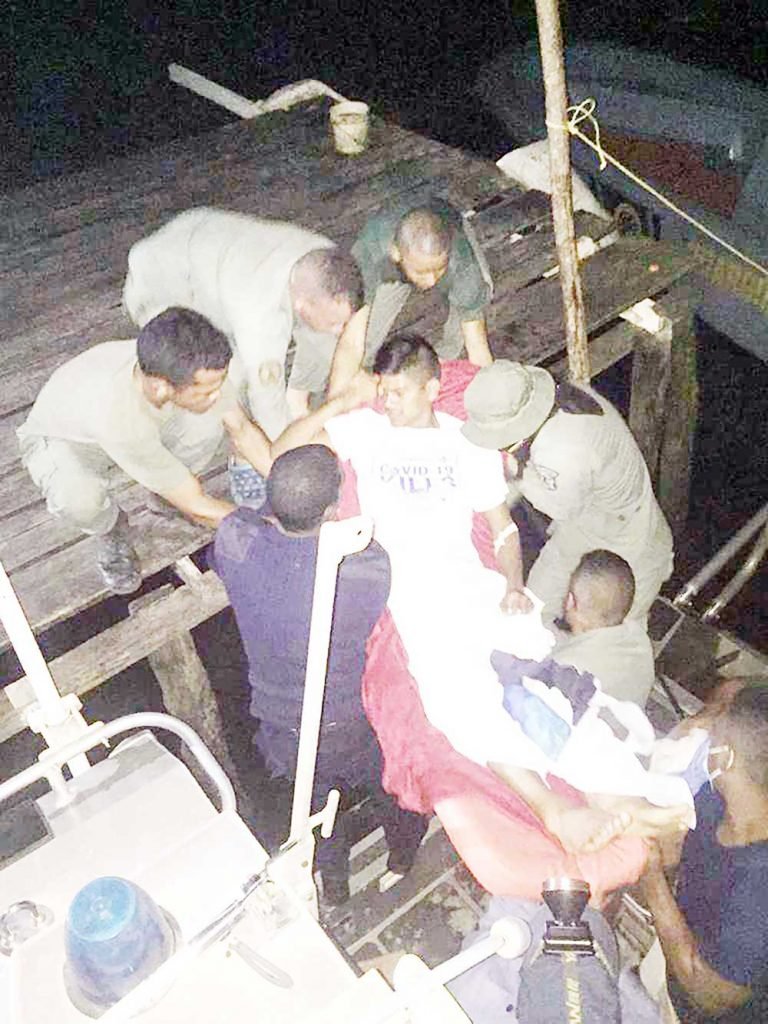 The Guyana Police Force (GPF) is currently investigating the shooting of a Venezuelan soldier in Guyana’s territorial waters near Imbotero, Region One, located within the Guyana/Venezuela border.
The wounded soldier is Lieutenant Edmundo Luis Berti Garcia, 28.
The shooting, reportedly took place around 14:00Hrs on Saturday and was perpetrated by two Venezuelan nationals.
According to a police report, the two suspects who go by the name of “Freddy” and “Kendell” shot the soldier twice to his body before fleeing into Venezuela.
The injured soldier was subsequently rescued out of his boat in the river by public-spirited Guyanese citizens and taken to the Mabaruma Hospital where he received treatment for his wounds.
Yesterday Garcia requested to be taken back to his army base at the Venezuela border with Guyana in the vicinity of Imbotero. There he said that he will be transported to a Venezuelan hospital where he would seek further treatment. His request was granted and ranks from the Guyana Defence Force (GDF) and GPF transported him to his base in Venezuela.
It is believed that he was shot by his countrymen over the seizure of a quantity of marijuana on Monday last. The soldier had intercepted their boat and arrested them. They were subsequently released, but Bert Garcia and his colleagues took possession of the narcotics. Those men, according to information received by GPF. returned on Saturday to kill the soldier.