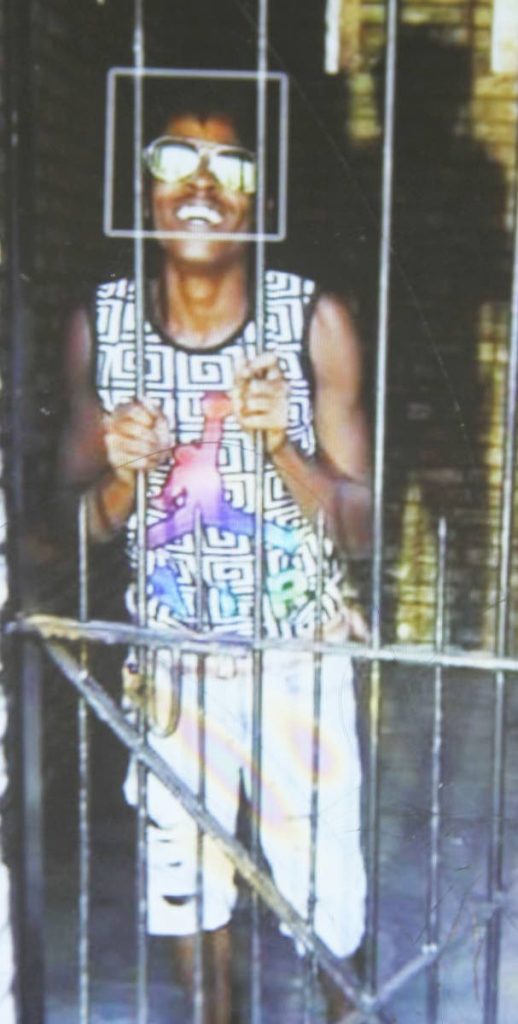 After his car stalled on the roadside on Tuesday night in Moruga, a 19-year-old went to his family’s home in St Mary’s Village for his father to help him retrieve it.

Relatives said at about 7 pm, Hakim Simms and his father, Alvin Marlon Simms, 41, left the house in a truck.

That was the last time relatives saw the father and his only son alive. At around 11 pm on Tuesday, police found their bodies in a forested area at Penal Rock Road, Moruga.

A passerby saw the bodies, one on the road and the other in a nearby drain, both with gunshots, and called Moruga police. A car and a truck were parked nearby.

Hakim was a former student of Tableland Secondary School.Simms, a truck driver, was also the father of four daughters, 25, 24, 23 and 17. He was the grandfather of two, ages nine and two.

Bereaved relatives told Newsday that on Tuesday morning, the father and son went together on a job, as they did from time to time. Simms drove heavy machines and his son worked as his assistant.

Sometime after they returned home from work in the afternoon, Hakim went out on a job at Penal Rock Road. Simms’s daughter Kyoame Simms, 24, said relatives did not know the nature of the job.

Hakim returned home that night, saying his car had shut down. She said her father and brother left together in the truck at about 7 pm.

“They said they were going to bring the car home. I waited until 2 am for them to come back.

“My brother does not have a phone. So I kept calling my father, and he never answered,” Kyoame said.

Unaware of the shooting, relatives went to bed.

At about 6 am on Wednesday, police went to the family’s home, and told them the men had been murdered.

“My stepmother started screaming, saying Hakim and Marlon were dead. She kept bawling and could not continue talking. I swear the truck had crashed, killing them,” Kyoame said.

She said relatives’ pain worsened on hearing the father and son had been shot dead.

“Our father had no enemies. He was not a limer or a smoker. He would drink only occasionally. Anywhere he got a job, he would take it. He worked for different people,” she told Newsday. “It has always been from work, wherever it is, to home. Dad was always hustling to make it for his family. He is not involved in anything,” meaning he was law-abiding.

Kyoame said her father meddled with no one, and her sister Nyomi, 23, shared her view.

The Simms family is originally from Navet in Rio Claro. They moved to St Mary’s Village about six to seven years ago.

“It’s a very tough time for the family. We hope to get justice,” Kyoame said. People from Santa Maria Village told Newsday they heard gunshots after 9 pm. Initially, they paid no mind, thinking it was hunters in the forest.

Around 11 pm, they heard two men had been shot and killed.

Residents had seen the car, which they did not recognise, in the area on Tuesday afternoon.

Investigators believe the killers may also be responsible for a shooting at the home of a retired policeman at Cachipe Village, less than two miles away from the murder scene.

Cachipe residents reported that about 9 pm, a driver parked on Moruga Main Road. Three men, one with a gun, got out of the car. They walked into the yard a short distance away and the gunman opened fire at the house.

The three got back in the car and left. No one was injured.

The ex-policeman, 68, who asked to remain anonymous, said he was inside and heard the shots.

He said, “This morning I heard about the murder.

“The walls on the southern side of the house have four shots.”

Investigators have not yet determined motives for the double homicide and the shooting.