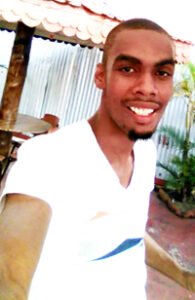 “DJ Raw Gold,” a part-time DJ who had allegedly stabbed his ‘Selector’ to the face during an argument in a local radio studio, was yesterday slapped with two charges.

The defendant, Clyde Watson popularly known as “DJ Raw Gold,” a customs broker of Second Street, South West Cummings Lodge, Georgetown, appeared at the Georgetown Magistrates’ Courts before Principal Magistrate, Sherdel Isaacs-Marcus.
Watson was charged for allegedly assaulting a woman, Melissa Duke, on April 10, 2021 at Lance Gibbs Street. It is alleged too, that at the same location and on the same day, he unlawfully and maliciously wounded Marlon Williams also known as ‘Selector Yannick.’
He pleaded not guilty to both charges and was granted $55,000 bail. Magistrate Isaacs-Marcus also placed him on a Bond.
A bond means that if the defendant (Watson) is caught in another altercation with the victims, while the matter is ongoing, he could be sentenced to prison. Watson is expected to make his next court appearance on May 3, 2021.
Kaieteur News had reported that on Saturday April 10, last, Watson had stabbed his ‘Selector’ to the face with a broken Guinness bottle. The stabbing incident reportedly took place around 20:45 hrs. in the Hits and Jams (HJ) Radio Studio located on Lance Gibbs Street, Queenstown, Georgetown.

Based on new information received by this newspaper, Watson had allegedly “pushed down” Duke, before wounding Williams.
Watson had reportedly started an argument with Duke, which became physical. Williams, who was nearby, had reportedly intervened. Watson, according to the reports, then turned his attention to Williams. He reportedly picked up a Guinness bottle and lashed Williams to the face, breaking it in the process.
Watson then allegedly used the broken bottle to stab Williams at least four times before running away.
Another individual, who had witnessed the stabbing, had recorded a video with his cell phone showing blood splatters on the walls and floors of the HJ Radio Studio as he called for help.
HJ 94.1 had explained that Williams and Watson are independent DJs and were paying airtime to broadcast their weekend programme.
Following the incident, HJ announced that it had taken a decision to suspend the programme and its hosts from its airwaves.