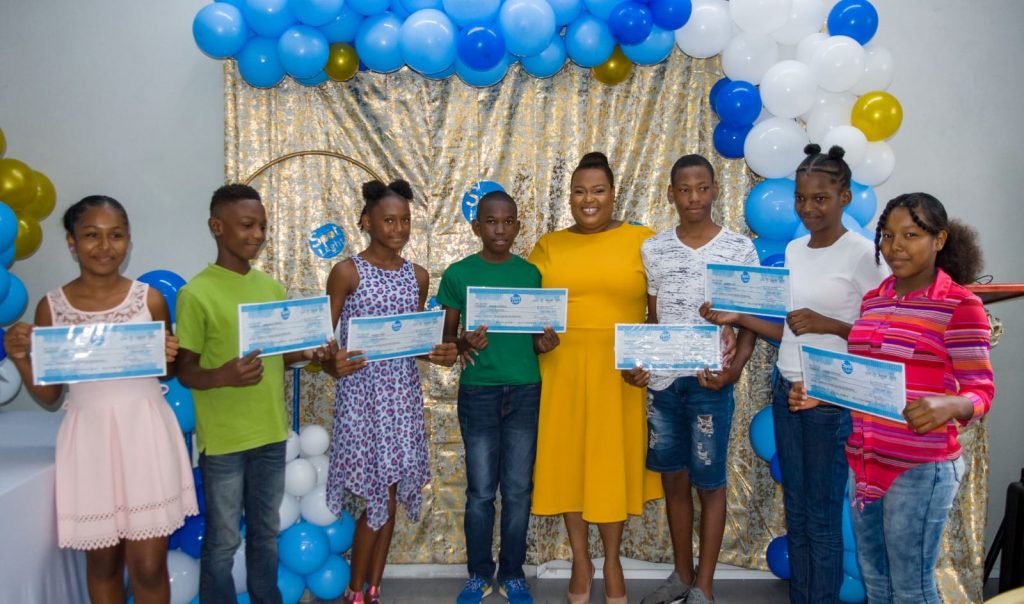 The ITSRS Awards Seven US $500 Scholarships

The In the Spotlight Radio Show, hosted and produced by experienced broadcaster Ferdina Frampton has made it possible for seven Grade Six National Assessment (G6NA) students to finance the start of their secondary education through the Classroom – Ready – Set – Go, scholarship initiative of a supporter. The US-based devout fan of the popular Monday night radio show offered a US $500 (XCD 1,300) scholarship to a child who met the criteria. Several other donors and supporters joined the effort contributing close to Ten Thousand Eastern Caribbean dollars towards the worthy cause.

Although opting to remain anonymous, the initial donor shared her reason for deciding on this venture with the In the Spotlight Radio Show. “Socrates the great Greek philosopher, wrote “education is the kindling of a flame, not the filling of a vessel.” Although Socrates might be correct, to kindle a flame, we must first have the appropriate tools to do so, and the Classroom Ready-Set-Go Scholarship program was created to aid in kindling that flame” she stated. The goal is to provide a monetary donation to students who reside in single-parent homes, who need support, and are transitioning from primary School to Secondary School. This donation will help the recipients get ready as they set out to go on a new academic journey.

Host and Producer of the In the Spotlight Radio Show Ferdina Frampton was overjoyed to see the idea of one scholarship expand in such an extensive manner. “I never imagined that this initiative would evolve to the extent that it allowed us to bless seven children with such great potential with this opportunity of a great start to their secondary school journey”. Miss Frampton is forever grateful to the originator of the idea and the many other groups and individuals who willingly donated cash to the effort towards the beneficiaries.

She hopes that the initiative continues and encourages others to budget ahead so that the scholarship can not only continue but also expand in the future.