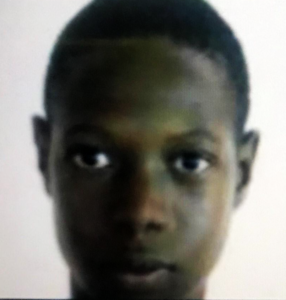 Orlando Richards, the 21-year-old suspect in the murder of former Anglican priest, George Chuck-A-Sang, who was found dead in his home, has reportedly confessed to detectives that he is guilty of being involved in the horrifying incident.
The lifeless body of Chuck-A-Sang, which bore multiple stabs wounds, was found on December 21, 2020, sometime around 15:00 hrs.
Crime Chief Wendell Blanhum, confirmed with this media house that Richards confessed to the crime and admitted that he had fatally inflicted the injuries on the former priest

Kaieteur News was told that the suspect reported to detectives that he was jealous that the former priest was getting more attention than him from the female who was employed as a cleaner at the time. In February, 46-year-old Mohanie Mohabir, the cleaner, was remanded to prison for Chuck-A-Sang’s murder.
In his confession, Richards said that he told the woman about his jealous feelings and she told him that he (Richards) has to “prove himself as a man.” This, he said had triggered him to kill the former priest. According to information received, the suspect told investigators that he used a “tawa and a knife” to inflict the fatal injuries.
This publication learnt that at the time of the murder the suspect was staying at the priest’s residence along with Mohabir.
After committing the crime, Richards reportedly fled the scene and went to Berbice, there he ventured to Mahdia, where he was nabbed by police on Monday.
Kaieteur News had reported that the partially decomposed body of the former priest was discovered by his daughter, Renata Chuck-A-Sang and current priest, Monsell Alves, in his two-storey concrete house located on Vlissengen Road, Lodge, Georgetown. The house adjoins the St. Sidwell’s Anglican Church.
According to police reports, Chuck-A-Sang’s daughter reported that after not hearing from her father for some time, she grew worried and decided to check on him. Renata reported that she was accompanied by Alves to her father’s home and there they made the gruesome discovery.