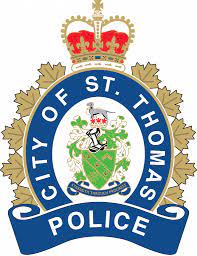 Mischief
The St Thomas Police are investigating after a number of light standards were damaged at Waterworks Park sometime overnight on November 9th. The suspects gained entry to the electrical boxes at the base of the lights causing approximately $5000 in damage. ^19378

Break and Enters
On November 10th, the St Thomas Police received a report of a break and enter to a storage unit on Southedgeware Road which happened sometime over the past several weeks. Various household items were taken from the unit. Police are continuing to investigate. ^19383

Sometime overnight on the 9th of November, a building under construction was broken into. The suspect(s) forced their way into the building through a door. Once inside they stole approximately $2500 worth of various Dewalt power tools and hand tools. ^19386

Sometime over the past week, unknown suspects broke into a home under renovation. Once inside, the suspects attended the basement area of the home and cut out the copper wire and piping. The surrounding area is being checked for possible video surveillance. ^19402

In the early morning hours of November 10th, a shed in the north side of town was broken into a 4 Goodyear tires on black rims were stolen. ^19407

Assault
A 19 year-old suffered an injury requiring medical attention after being struck by a stick on November 9th. Police are interviewing witnesses and continuing to investigate. ^19389

Thefts
On November 10th, the St Thomas Police sent out a photograph to social media of a dirt bike which was recovered in hopes of finding the owner. The owner has been identified and as a result of the investigation, Ronald Hodgson has been charged with possession of property obtained by crime under $5000 and two counts of breach of probation. ^19367

A 37 year-old female was arrested in the early morning hours of November 11th for possession of property obtained by crime under $5000 after she was found to be in possession of hundreds of dollars worth of various perfumes which were stolen earlier from a local drug store. She was brought to the police station and later released on an Undertaking with a future court date. ^19444

Recovered Stolen Property
A 36 year-old man is currently wanted by the St Thomas Police after it was discovered that some property he was attempting to sell was reported stolen. A warrant for the man’s arrest has been requested for possession of property obtained by crime under $5000 and trafficking in stolen goods. ^19408

Fail to Comply
On November 10th, a 62 year-old female was arrested and charged with failing to comply with an Undertaking after she attended a downtown business she is currently on conditions not to attend. She was previously charged with mischief to that property after she threw an object through the window. ^19409

A R.I.D.E. was conducted between 7pm- midnight on November 10th at four different locations throughout the city including:

There were 245 vehicles checked and only one roadside screening test administered which resulted in a pass.