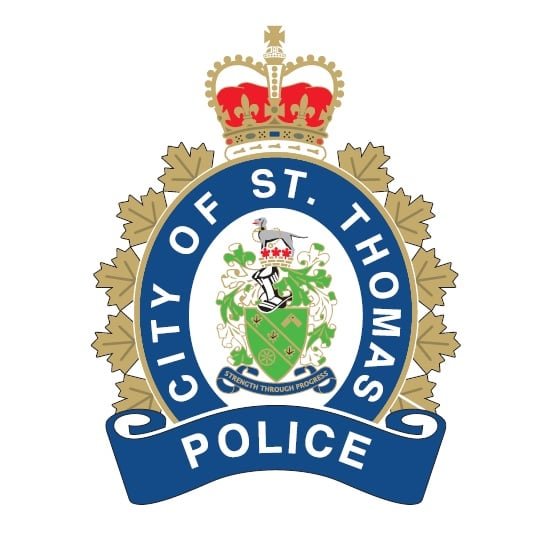 On March 29th 2022, police attended an address on Balaclava St and spoke with the complainant who reported theft of her patio heater from overnight. Police viewed surveillance footage and observed two males walking northbound on Balaclava Street directly in front of the complainants house during the early morning hours on March 29th. At approximately 01:26am, one male enters the rear yard and grabs the patio heater from the deck. He then leaves the area with the heater, continuing northbound on Balaclava St and then west on Nolan St. One male was observed wearing tan pants, dark beanie, black coat, black mask and a blue shirt. The other male was observed on video wearing jeans, black coat, black backpack and a red shirt. The estimated value of the heater is $180.00. Ref #ST22004479.

On April 1st 2022, St. Thomas Police attended HD Painting located at 4 Spackman Blvd. Complainant reports that suspects stole a flatbed trailer between March 31, 2022 at 4pm and April 1, 2022 at 7am . The trailer had been left parked on the eastside of the building with cinder blocks stacked on top of it. The trailer is described as a 2013 CANA SL5 Black flatbed trailer. Ref #ST22004616.

On April 2nd 2022, St. Thomas Police officers responded to a complaint of an online scam. The complainant reported receiving an email message from Microsoft alerting her that her computer had been hacked and to call a 1-866 number. Once calling the number, the victim was told that her bank account was hacked for $10 250 and to withdraw all of her money into cash for safety purposes. The alleged Microsoft caller told victim to deposit money into a bitcoin ATM machine, then later to buy $2000 worth of Sephora gift cards as well at Google play cards. As a result the victim was scammed out of $8700. This incident is under investigation. Ref #ST22004661.

On April 2nd 2022, St. Thomas Police responded to an address on Park Avenue. The victim reports that in the previous 24hrs, unknown person(s) entered the residence building’s unlocked community shed located in the rear parking lot. Once inside, suspects took a blue gym bag containing a yellow 200ft extension cord($60) as well as a 72V battery charger ($100) for an e-bike. Ref #ST22004691.

On April 2nd 2022, unknown suspects attended the Esso gas bar located at 9844 Sunset Drive and cut a square hole approximately a foot and a half by a foot and a half on an exterior wall to the building. Suspects pulled the insulation out and attempted to stick their arm through the drywall. It is believed that the suspects were attempting to steal tobacco products. The alarm sounded and suspects fled the area. The suspect was seen wearing light colored coat and pants with a light hoodie pulled up over their head, carrying a garbage bag and some kind of long stick or axe. Ref #ST22004696.

On April 2nd 2022, 47-year-old Beverly Kimber was arrested by St. Thomas Police officers on an outstanding arrest warrant. This female was held in custody overnight for court in the morning.

On April 2nd 2022, St. Thomas Police received a driving complaint from a concerned citizen of a possible impaired driver on Sunset Drive. Officers attended the area and located the vehicle. The 30-year-old St. Thomas female failed the roadside approved screening device as well as at the police station she failed the intoxilyzer instrument with readings almost double the legal limit. The female was later released on an appearance notice.

On April 3rd 2022, St. Thomas Police responded to a weapons call on Talbot Street in the downtown area. Through investigation, officers arrested and charged a 30-year-old London male with robbery, aggravated assault and two counts of breaching a court release order. Officers also arrested and charged a 27-year-old London female with robbery, aggravated assault and four counts of possession of a controlled substance. The victim in this matter was taken to hospital in London with minor injuries. Both accused persons were held in custody for a court appearance.