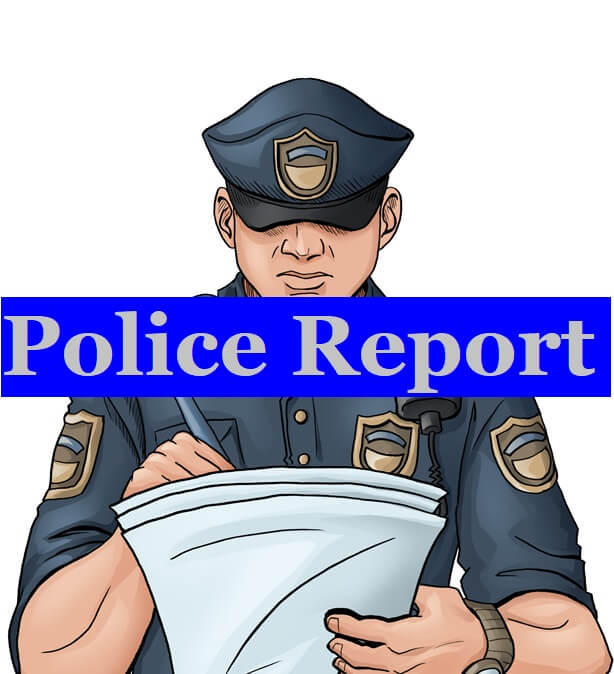 Arrest in Break and Enter

Forty one year old Kevin Ashford was arrested Tuesday after Officers on Community Patrol found him in possession of stolen property traced back to a shed on Meda Street that had been broken into. Ashford was already in custody on an unrelated matter when he was processed on the additional charges of Possession of Stolen Property x1 and Breach of Release Conditions x4. He was held for a court appearance. ^1888

On Wednesday, Kevin Ashford was recorded on store security video shoplifting from a business on Talbot Street. He is now wanted on a warrant for that offence. ^1961

Police recovered a truck stolen from St. Thomas with the owner’s dog still in the back seat after Officers located both the truck and dog abandoned in a parking lot in London Wednesday morning around 8:45 am. The incident began around 7:45 am when an unknown male drove a stolen car into the parking lot of a daycare on Burwell Road. He abandoned the stolen vehicle and jumped into a nearby truck that had been left running while the owner dropped a toddler off at the location. An orange Pontiac that had been reported stolen out of London was left as the thief squealed out of the parking lot in the truck with the dog in the back seat. The truck was located in London by London Police. The dog was returned to the owner with no injuries and the vehicle was towed to the Colin McGregor Building for processing by the Forensic Identification Unit. A suspect was observed by a witness and is described as being male, short and thin wearing a black winter jacket with fur lining around the hood. Police continue to investigate, if you have any information about this incident please contact STPS at 519-631-1224 or submit a tip online at www.stthomascrimestoppers.ca Refer to case# ST22001949

Police are investigating after a building site on Elm Street was broken into sometime over the weekend. Thieves are believed to have entered the site through a patio door and stripped wire from inside. The estimated loss is approximately $3500. If you have any information about this incident or saw anything suspicious in the area please contact STPS at 519-631-1224 or submit a tip online at www.stthomascrimestoppers.ca Refer to case #ST22001969

Thirty six year old Lynn Wall was arrested on Talbot Street Wednesday. Officers on the Downtown Beat Patrol Unit recognized her as being wanted on a warrant. The warrant was issued after she was alleged to have breached her court ordered release conditions. Wall was taken into custody without incident for processing and later released on an appearance notice for court. ^1971

A thirty six year old St. Thomas woman was arrested Wednesday on Princess Avenue. Officers on the Downtown Beat Patrol Unit recognized her as being wanted on a bench warrant. The warrant was issued after she failed to attend her scheduled court date. She was taken into custody without incident for processing and later released on an Appearance Notice for court. ^1975