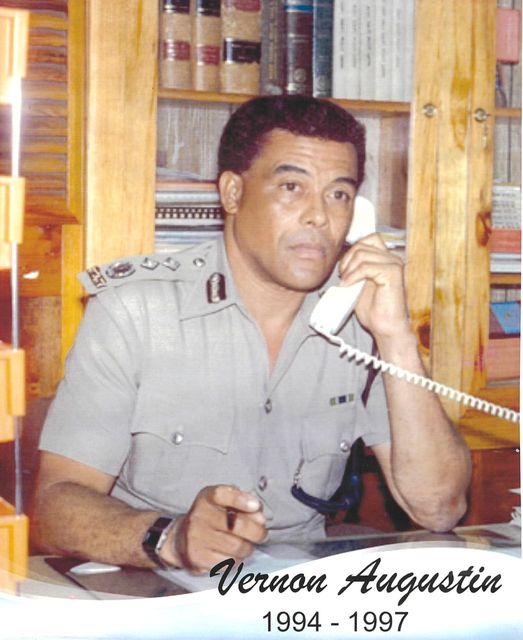 Commissioner Augustin served with distinction as the head of the RSLPF from 1994 to 1997. The veteran officer dedicated most of his life in service, always available to share his wealth of knowledge with any and every officer he encountered. Known for his impressive deportment, even in retirement, he could be found scolding officers who didn’t measure up to the strictest of standards.

“5 Augustin” as he was affectionately known, will be enshrined in the history of the RSLPF, as a man who gave his all to ensure the furtherance of the organization holistically. His passing is a tremendous loss to the service he helped mold through the years.