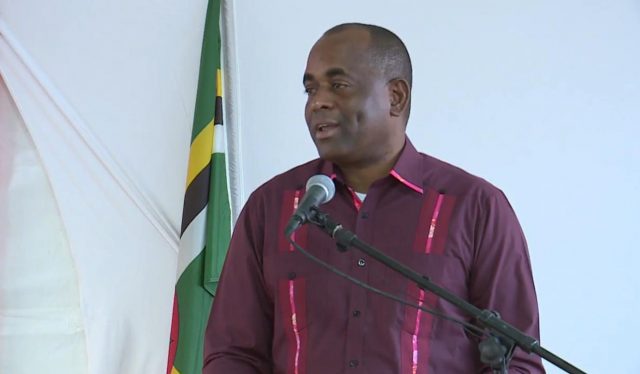 Prime Minister Roosevelt Skerrit is attributing criticism of the work of the government to “a culture of ingratitude in the souls of Dominicans.”

Government handed over sixty-six new homes to some families of Cotton Hill in the Cottage Constituency on Sunday and at that ceremony, the prime minister complained that instead of praising him, there are some persons including church leaders who, because of their political beliefs, criticize him for helping the poor.

“I am always perplexed that we say that we are a Christian nation; we have more churches per capita than most countries in the world but yet, people criticize myself and my government for doing these things for people,” he said. “They say I’m giving people handout because we are helping the poor when it’s a Christian duty and a responsibility for us to look out for the less fortunate.”

Skerrit believes that Dominicans have lost their humanity and admonished the beneficiaries of the new homes, and others, to understand that the same way the Lord loves a cheerful giver, he also loves a grateful people.

The prime minister said he never tells people to say thanks to him, but instead, “persons should say thanks to the Lord because it is him who is giving.”

“ I am just a vessel, an instrument that is carrying the Lord’s work on earth, but when you don’t show gratitude for what you have received, be careful…and if you do not show gratitude to these things, it will not do you any good,” he cautioned.

Skerrit believes that he was placed in a leadership position to elevate the less fortunate, and says he will not allow anyone to stop him from doing what is right.

Meantime, Parliamentary Representative for the Cottage constituency, Reginald Austire, said these new homes will serve as an upgrade to the average living standard of the residents.

“Today you are being handed over a luxurious necessity. These apartment buildings will compare to almost anyone that has slept outside or inside of Dominica,” he said. “ We believe that every man is equal and we must seek to ensure that equality of mankind is maintained and preserved.”

He said the selection process was not easy given the number [of people] who are in need but assured the people of Cottage that this was just the first phase of the process.