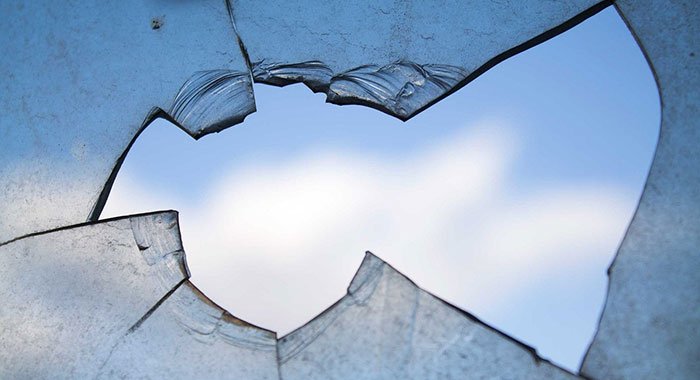 They both claim that they made light of it, but the relationship between two female tenants at an apartment building in Green Hill deteriorated after one of them complained to the other about the loud noises when she and her husband were being intimate.

And, as the tension grew, a confrontation followed, as a result of which, one of the women said her 2-year-old child was injured after the other woman broke the child’s mother’s apartment window.

Now, the matter is before the court and it is the duty of Senior Magistrate Rickie Burnett to determine whether one of the women had malicious intent to the child’s mother when the window was broken, as the prosecution has argued.

The Crown is further asking the court to find that that malice was transferred to the child, who was reportedly injured by the broken glass.

The defence, on the other hand, is arguing that the woman did not intend to break the glass.

In any event, the defence is arguing, malice cannot be transferred from an inanimate object to a human being.

In the case, Romancia Bacchus, 28, a nursing assistant of New Montrose, is charged that on May 31, 2020, at Green Hill, she assaulted Ezme Quow, of Green Hill, causing actual bodily harm.

When the trial commenced at the Kingstown Magistrate’s Court on March 12, Erecia Watson-Quow, the mother of Ezme, the 2-year-old child, told the court that she knows Bacchus, from Layou where they both also lived.

At Green Hill, where the matter before the court occurred, they lived in different apartments in the same building.

They used to get along well until she made a complaint about loud music from the defendant’s home, Watson-Quow told the court.

The two men had come to an agreement that there would be no loud music between 9 p.m. and 7 a.m.

Watson-Quow said that at 8:30 a.m. on May 31, Bacchus began playing loud music but this was not an issue, as it was within the times agreed.

She said that a few hours into her neighbour playing loud music, she and her husband, Karim Quow, began playing video games on their television.

Some hours later, Bacchus came and spoke to Quow.

While Watson-Quow was speaking with her husband in her apartment, the door of which was open, Bacchus “butt in” saying, “Nobody ain’t talking to you.”

“I responded and I said, ‘Girl, who the f**k is you? I am speaking to my husband’,” Watson-Quow told the court.

She said that Bacchus again told her that no one was speaking to her.

Watson Quow said she told Bacchus to shut her c**t.

“And she rebutted and told me to haul my stinking mother c**t,” Watson-Quow told the court, adding that she responded in the same manner.

Watson-Quow said that Bacchus ran to her door so she (Watson-Quow) got up and went to her dish drainer and took up a machete.

Watson-Quow stood in her kitchen, which is in the same space as her living room, and told Bacchus, “Oh, yo’ bright? Come in nah!”

Bacchus then started to yank at Watson-Quow’s curtain.

Quow got up and took away the machete from his wife and Bacchus’ boyfriend, Jaymondo Sam, came and took her away from the door of the Quows’ apartment.

Quow then closed the door to his apartment and his wife went and stood on the inside of the apartment, in front of her louvers.

Bacchus returned from her house carrying a detergent bucket of water and a knife in her hand.

She put the knife down on her balusters and threw the water through the Quows’ louvers.

Quow got up and closed the lower halves of the louvers, while his wife was still standing in front the louvers inside the apartment, as she and Bacchus, who was outside, continued to exchange words.

Watson-Quow said that she and Bacchus could have seen each other and Bacchus told her, “You and yo’ pickney head dry the same.”

“I responded, ‘Yes, we head might dry but she ain’t hungry.’”

Watson-Quow said that Bacchus then picked up the knife and charged at her “and in so doing, stabbed out three of my louvers”.

She said that on seeing Bacchus approaching, she eased to the side because she was scared that she would be harmed.

Watson-Quow said that as the glass shattered, she heard her daughter scream and she looked around and saw that her daughter looked fine.

Quow ran outside and asked Bacchus why she had done that and that things did not have to get that far.

While Quow was outside, the child came out behind him carrying in one hand her drink bottle and a piece of glass from a broken louver in the other.

She had cuts to the forehead, under her eye and on her neck.”

Quow told Bacchus, look at what she had done to the child, but the defendant responded, saying that the baby had cut herself.

She said that during the incident, the baby had been sitting behind her in a chair.

The matter was reported to the police and the child was taken to hospital.

During cross examination by defence counsel Joseph Delves, Watson-Quow said that she and Bacchus were still friends after Bacchus complained about the Quows being loud during sex.

Watson-Quow said that sometime after, Bacchus wrote on Facebook “my neighbour though” and she (Watson-Quow) responded by sending Bacchus a middle finger emoji via Facebook messenger.

Watson-Quow said that the relationship changed after that and she started playing music early in the morning, because Bacchus began playing music late in the night.

Quow also took the stand as a prosecution witness.

When the trial resumed on March 19, Bacchus took to the stand telling the court that the relationship between she and Watson-Quow changed after she complained about the Quows having loud sex and waking up she and her daughter.

Bacchus said she messaged Watson-Quow on Facebook, telling her to “please keep it down”.

During the course of the day, Watson-Quow went to Bacchus and apologised for the sex noises.

But some days after that, Bacchus realised that Watson-Quow would exit her apartment and not greet her, which was unusual.

It was then she Bacchus made the Facebook post to which Watson-Quow responded with a digital middle finger.

Bacchus said she messaged Watson-Quow, asking her if she was okay and that the post was not referring to her.

“And that is why all the spitefulness began,” Bacchus said, adding that Watson-Quow would pull chairs all hours of the night and would pay music before 6 a.m.

“I, too, was playing music to try to ease some of the tension.”

Bacchus’ account of the incident that landed them in court was similar to Watson-Quow’s but said that the agreement was for no music between 9 p.m. and 6 a.m.

She confirmed that she went for a knife and a dish of water and threw the water “over her side” and that Quow had closed the window.

Bacchus said that during the verbal exchange, she went outside Watson-Quow’s apartment but did not enter.

The defendant told the court that she went to the apartment because she wanted to see if the condition of Watson-Quow’s apartment “matched her lifestyle”.

Bacchus said she was angry and she turned to hit the wall, but ended up hitting with her hand the louvers.

She said she did not hear any scream but Quow exited the apartment and spoke to her.
The argument continued, and about a minute or so later, the child exited carrying her drinking bottle in one hand and a piece of broken glass in the other.

“The mother said nothing about the child being injured,” Bacchus said, adding that Quow then said, “Yo’ see yo’ cut me child.”

She said she kept telling him that he should not say this “because nobody knew what the child was doing inside while they were outside arguing”.

Bacchus said she saw “a dot of blood under the child’s right eye”. The child was not crying.

Bacchus denied striking the glass with a knife “because there were cuts in the palms of my hands” and the police took photos of them.

She said she was going to hit the wall and walk away because of what Watson-Quow had said about the nature of her work.

“I was upset,” Bacchus said.

Bacchus’s boyfriend testified on her behalf.

The senior magistrate is scheduled to deliver his verdict on Monday.