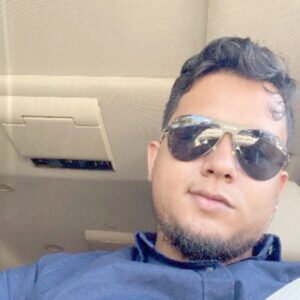 A 24-year-old businessman, who had previously faced the court on multiple occasions for fraud related charges, yesterday made another court appearance after he was slapped with a new fraud charge.

The defendant, Micah Sonaram, of Lot 2273 Flying Fish Street, North Ruimveldt, Georgetown, appeared before Chief Magistrate, Ann McLennan, in the Georgetown Magistrates’ Courts with his lawyer, Latchmie Rahamat.
He pleaded not guilty to the charge, which alleges that on November 4, 2020 at North Road, Georgetown, while being solely entrusted with $7 million by Steve De Costa to purchase and deliver one excavator, he fraudulently converted the money to his own use and benefit.
In her address to the court, Rahamat stated that the charge against her client is not valid, since he was charged for the same offence during a previous court hearing. The lawyer then made a bail application for her client that he be released on a reasonable amount of bail.
The police prosecutor then informed the court that the Director of Public Prosecution (DPP), Shalimar Ali-Hack, S.C., had issued a letter to discontinue the previous matter, citing the fact, that the police charged Sonaram under the wrong section of the Criminal Law Offences Act.
Chief Magistrate McLennan granted the defendant bail in the sum of $50,000 and he is expected to make his next court appearance on May 10, 2021.
According to reports, last month Sonaram faced three similar charges, after he reportedly defrauded several persons using his social media business page, Parts Zone Gy, which advertises that he ships parts and machinery.
Prior to that, he was slapped with two fraud charges, which alleged that he defrauded persons of over $11 million. During December 2020, he was charged for defrauding a businessman of $4.5 million and in 2017; he was charged for defrauding another man of over $5.8 million.