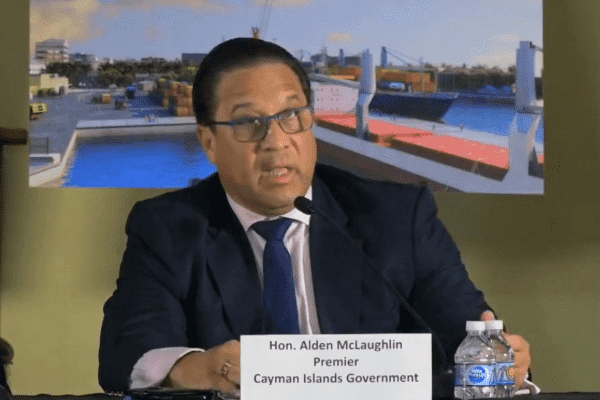 (CNS): Government shelled out well over $200,000 of public cash and resources on promoting the cruise port project during the second half of last year, according to results of freedom of information requests. It paid around $130,000 to two publicity agents and used about $85,000 of advertising resources on Radio Cayman. But government has also spent money directly on adverts and promotional activity, which has not yet been revealed but will push the tab higher when it is.

In documents released by the tourism ministry, local PR company Fountainhead, which claims to be experts in “strategic storytelling”, received just under $46,000 for promotional work and advertisements they placed with both local media, such as the Cayman Compass, and social media, such as Google.

The ministry also shelled out over $86,000 to Kelly Holdings, another local marketing firm, in just the last two months of the year, including $20,000 for a promotional contract and then some $66,000 on the actual promotional work, including meetings, videos and various methods of advertising.

By way of disclosure, CNS can confirm that over the last six months, advertising bookings worth $2,200 were made via Kelly Holdings and $3,000 directly from the tourism ministry for pro-port advertising. We did not, however, receive anything from Fountainhead, which spent around $30,000 with other local media houses.

In addition to cash spent on advertising, the government also spent $21,000 on its series of town hall meetings and stakeholder meetings that took place through November.

The issue of government using public money to promote the port project had always caused some controversy, but since the local activist group CPR secured enough signatures to trigger a people-initiated referendum under the Constitution, it has become even more contentious.

Once it was clear there would be a national vote and a vigorous campaign for and against the proposed cruise facility, government’s exclusive access to public money to promote the project, while those against it are depending on donations, raised on obvious inequity. The situation was then made all the more controversial when government failed to introduce any campaign finance restrictions or guidelines when it passed the referendum law last year.

With no limitations on government spending, and no limits on its access to the public purse but no equitable funding for the people’s opposition campaign, the tourism ministry’s expenditure of public cash is now also part of the court action filed by CPR member Shirley Roulstone.