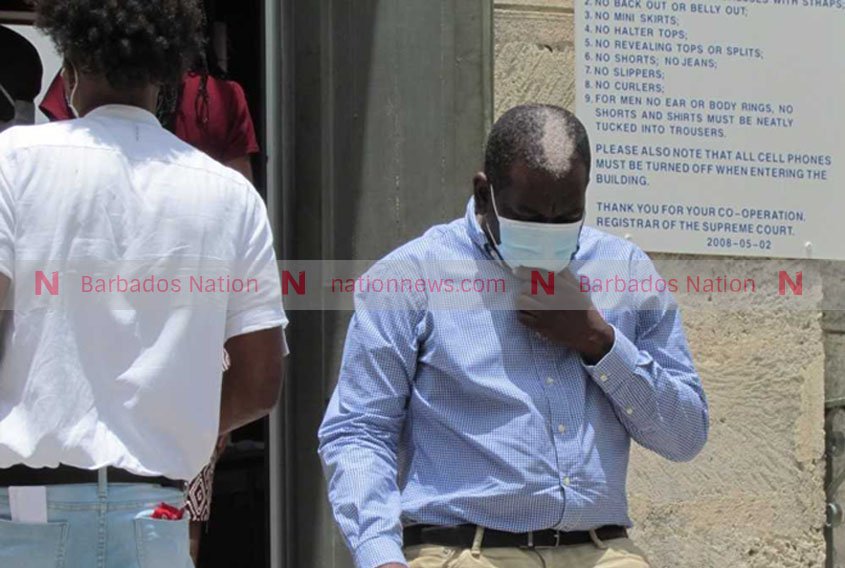 A policeman accused of burglary was released on bail despite objections when he appeared in the District “A” Magistrates’ Court this morning.

Deroy Leron Holder, 40, of Mullins Terrace, St Peter, was not required to plead to entering Kaleb Burnett’s house on March 26, this year, and stealing money, a safe and jewellery belonging to three occupants.

The prosecution objected to the lawman’s release but Holder’s attorney Harry Husbands submitted Holder was a fit candidate for bail.

The court later released him on $30 000 bail with a surety and adjourned the matter until November 9. (HLE)