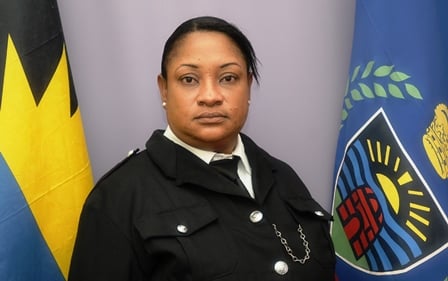 The Royal Police Force of Antigua and Barbuda are mourning the passing of Female Police Constable, #515 Alesia Nedd-Robertson.
Constable Nedd-Robertson passed away in the United States on Wednesday 10th November, while receiving medical treatment.
Her coursemates described her as one who was full of love and laughter and was always ready to share a word of encouragement with those she came in contact with.
The Commissioner of Police, Mr. Atlee Rodney reached out to her family, close relatives, and colleagues to express sympathies on behalf of the police force. He also spoke of the sombre feeling that overshadows the organization and said that Mrs. Nedd-Robertson will be greatly missed for her quiet and humble personality.
The Honourable Prime Minister Gaston Browne; the Honourable Attorney-General, Mr. Steadroy Benjamin, along with the Permanent Secretary in the Ministry of Legal Affairs, Public Safety and Labour, Mrs. Stacy Grigg-Paige and members of the Police Service Commissioner, all joined in expressing sympathies to the Royal Police Force of Antigua and Barbuda.
During her career, Constable Nedd-Robertson worked at the St. Johns Police Station, as well as the Telecoms Department and Stores. She was awarded a certificate in business studies at the Antigua and Barbuda Institute of Continuing Education-ABICE, and also successfully completed a Stress Management Workshop and the Youth and Education Empowerment Programme. She joined the organization on November 5th, 2004, and served for seventeen unbroken years.
She is survived by her husband and two children, along with several other serving members within the police force; including her brother #178 Constable Ewarth Nedd. She died at the age of 44 years.
-End-