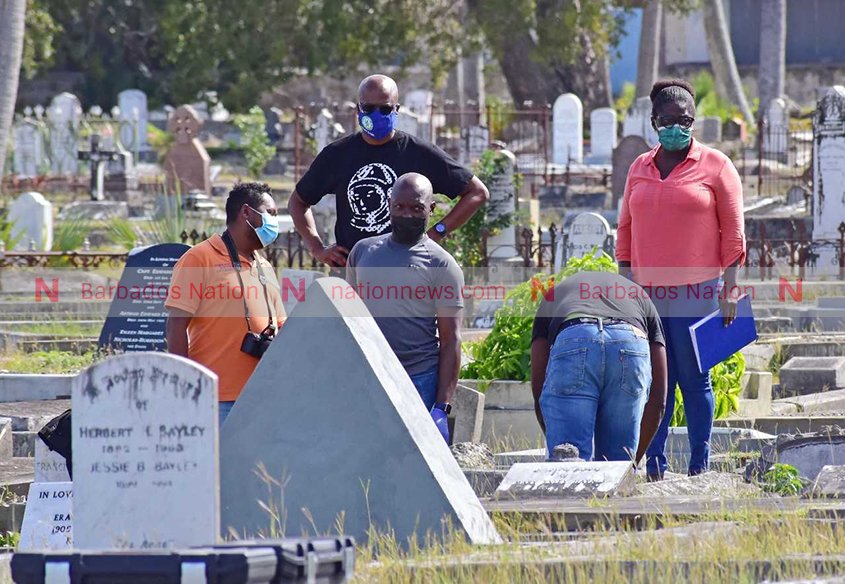 Police officers are investigating the unnatural death of a “mature” man who was reportedly discovered about 6:47 a.m. today in Westbury Cemetery, Westbury Road, St Michael.

A media statement from police said the man was discovered about 150 metres from the main entrance. He was reportedly lying on a grassy area between two tombstones.

The man was pronounced dead by medical personnel who visited the scene.

“He is a mature male, late 40s, black complexion, clad in an off-white T-shirt with a purple pattern to the front. He is naked from the waist down,” the statement said.

Investigations are ongoing and police are seeking anyone who may be able to positively identify the body, as he is currently labelled as John Doe.