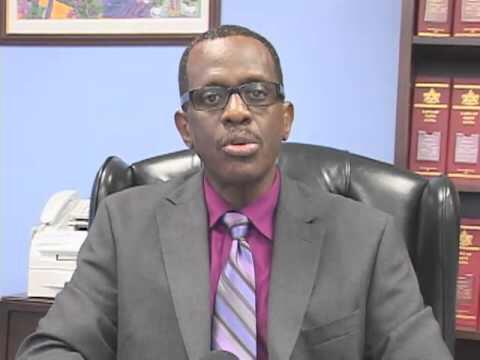 The United Workers Party calls out St. Lucia Labour Party Leader Philip J. Pierre for his careless, erroneous and disingenuous statements about Saint Lucia and the national response to COVID-19 (Coronavirus) at a town hall meeting this week.

On the backdrop of such a serious matter, which the World Health Organization (WHO) declared a Public Health Emergency of International Concern, the Opposition Leader has chosen to use his platform as an opportunity to play politics, spread false information and to instill fear in St Lucians.

It is shameful that at a recent SLP meeting Philip J. Pierre chose to spread fake information about Saint Lucia. How heartless can one be to echo fear and lack of confidence in the country’s national response by stating that “Saint Lucia is the worse prepared island for this virus in the region?”
At a time when the Government of Saint Lucia is calling for all citizens to come together to monitor, prepare and protect ourselves, a time where the Honourable Prime Minister Allen Chastanet stated at a recently convened National Emergency Management Advisory Committee (NEMAC) meeting, that our biggest threat right now is the spreading of misinformation; Mr. Pierre went on to incite fear, panic and by extension diminish the efforts of the essential workers who are at the forefront of this looming threat.

Did Philip J Pierre forget that just last Friday 28th February, 2020 an emergency meeting of (NEMAC) was called to brief stakeholders of the disaster management landscape on the ongoing national response to safeguard against the arrival of the virus on our shores?
Did he also forget that he was invited to sit at the head table but sent Hon. Shawn Edward to represent him instead?

Contrary to Philip J Pierre comments, the Prime Minister and Chief Medical Officer, Dr Sharon Belmar-George participated in a Special Meeting of CARICOM which convened on Sunday March 2nd 2020 in Barbados to discuss the threat of the Coronavirus to the region. An official statement on the Prime Minister’s presence at the regional meeting is on his official Facebook page together with an article by Saint Lucia Times “CARICOM Heads Agree on Coronavirus Protocol” posted on Monday 3rd March confirms the Prime Minister’s attendance and details about the meeting.

The UWP calls for an immediate apology to the nation by Philip J Pierre. The UWP also calls for Philip J Pierre to apologize to the Prime Minister and the nation’s Ministry of Health for his disgraceful statements which only hurt and undermine the efforts of our medical officials.
This begs the question: How can someone who seeks to run for the highest office be so careless and reckless and spread such lies? The Opposition Leader has a responsibility and means to verify his information, yet he chose to go on a platform and speak falsehoods.

The UWP joins the Government of Saint Lucia in putting our country first and advising all Saint Lucians to pay attention to the advisories and factual information given by our nation’s Ministry of Health.
The Leader of the opposition must understand there is a time for politics, now is not that time! It’s time to put St Lucia first
Credit: United PAC Facebook page.