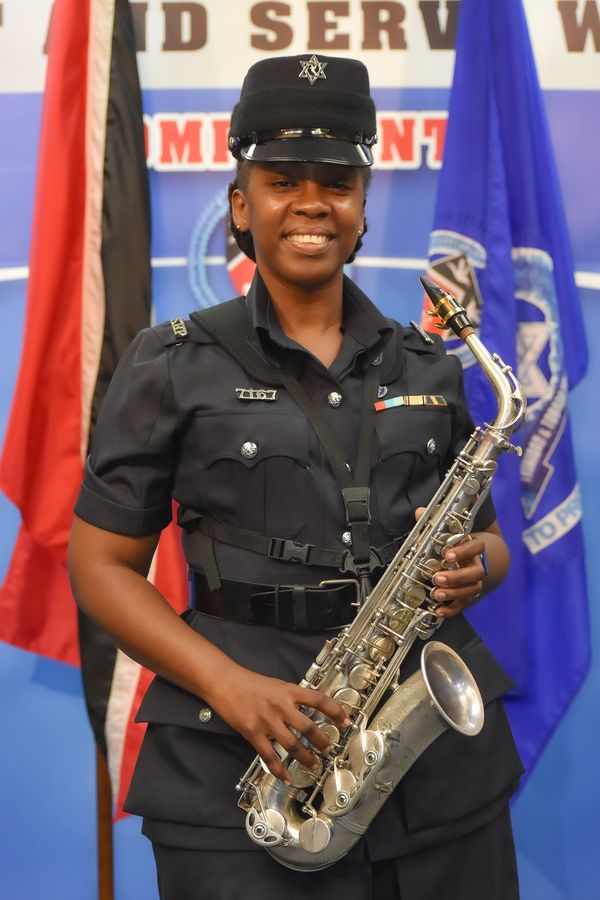 There’s a side of policing that people tend to overlook – the softer side. The side that is infused with incessant laughter, joy and hope. It is policing with a heart and soul which unarguably transforms the lives of everyone who encounters it. But, while foreign for some, it is the enviable reality of No. 7167 WPC Josanne George.
WPC George is every child’s golden wish, a motherly figure who can easily be confused with a fun friend, a close confidant and a refuge in times of trouble.
The officer, who is attached to the Trinidad and Tobago Police Service’s Band, shared that her outreach started about eight years ago.
In 2013, the officer who has over 10 years’ service spoke about the start of a small Christmas gift giveaway for the children in her hometown of Arima. Not surprisingly, after two years, the event became so popular that it expanded to cater to almost 200 children. This eventually grew into an annual Christmas event which acted as the catalyst for her non-profit organisation (NPO), Josanne Help Fill a Dream FUNdation. The FUNdation now hosts thanksgivings, Divali celebrations and talents shows, among other activities geared towards families and children. At the time of the interview, WPC George was giving support to an international medical team that was providing medical services for Beetham Gardens residents.
Through the NPO, she began including children from several orphanages throughout the country, such as the Margaret Kistow and Rapha Children’s Homes. WPC George has since expanded the Christmas outreach to visits to the Homes, combing and braiding hair, bringing treats, clothes, wished items and taking the children to field trips to places such as IMAX for a movie.
A mother of two, the dedicated community-oriented officer underscored the need for citizens to reach out more to less fortunate children who, for reasons beyond their control, are abandoned, neglected or alienated by those who ought to be providing love and care to them. While commending citizens who do show goodwill by visiting homes around specific times of the year with gifts, she admonished, “Don’t sell the children dreams.”
“People go all the time to visit these homes and provide gifts. That’s a good thing. But then they make promises to the children especially when they say that they will come back to visit and they don’t, the children are very disappointed and crestfallen,” she said.
WPC George, who was once attached to the Inter-Agency Task Force, Hearts and Minds, is also instrumental in other communities, utilising her music skills to bridge the communication gap and break barriers.
WPC George, a saxophone player, has also trained several March teams, inclusive of Police Youth Clubs and the Civilian Conservations Corps, whose members placed in the top positions in their respective competitions. Today, she is currently pursuing a diploma in events management.
She also is the only female bus and truck driver within the TTPS, and serves in this capacity at the Police Band.
According to the young officer, it is all part of treating with the breakdown of families – the basic unit of society. She said she wants her children to live in a country that is bent on shaping good character within them and providing strong support.
She asserted, if citizens want a better country they have to be their brother’s keeper.
📸 Courtesy Corporate Communications Unit – Audio Visual, Corporal (Ag.) Nigel Stephen