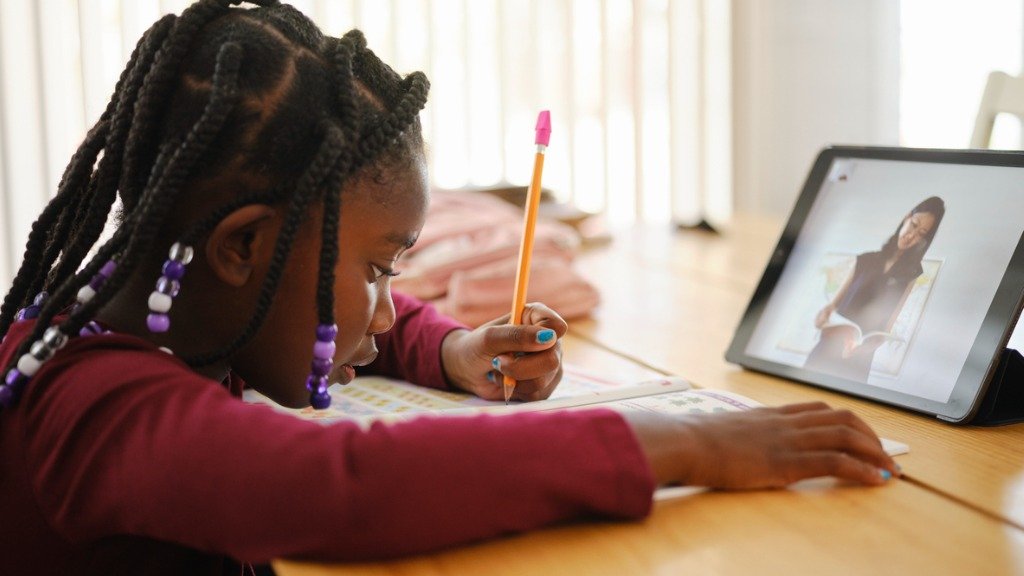 The word Coronavirus or covid-19 as it is commonly called has been on the tip of almost every tongue since the pandemic was declared almost two(2) years ago.

In an effort to slow down the transmission of covid-19 virus, schools have been closed down in many countries and Dominica is no different.

Although school opened earlier for students preparing for the Caribbean Examination Council (CXC) Exams, school officially reopened online for all students on the 4th of October.
Since the reopening of schools parents have had much to say on the subject. School has gone from the classroom to the comfort of their own homes, but how comfortable has it truly been?

Many parents believe that school should reopen as soon as possible. They share many of the same concerns including having difficulties finding child care for the smaller children while they are at work and difficulty helping their children operate their devices and navigate through Google classroom. Parents also expressed concern over the amount of screen time their children have to endure and many believe that the reopening of school should have been postponed.

Kishel Charles, a parent of one, shared that her daughter has begun complaining of eye discomfort and she believes it is due to the increased length of time she spends on her device. After students are done with live learning on Google classroom there are other tasks that they must complete and submit to their teachers which requires more screen time.

Jammer Nicholas, a mother of three, stated that she had to make the choice to leave work for the time that her children are engaged in online learning since it is difficult to find child care for the younger students. Many parents have expressed that they had to make similar choices for the same reason.

Alicia Lestrade a mother of two students engaged in online learning lamented that she believes online learning requires our students to be independent learners for it to be a success and they are currently not ready for this responsibility. She went on to say that helping the students become independent learners in this situation requires close guidance from parents. However the majority of parents are unable to provide this level of support since they are working.

This may come as a surprise to many considering the amount of feedback shared when it was first proposed but majority of parents were in favor of the decision to require students to wear uniforms during online learning sessions. They believe that it is beneficial in many ways including that it puts the students in a mood for school.

Parents wanted to make it clear that they are not blaming the teachers but the situation has proved to be not an ideal one for any of the parties involved.

The parents commend educators on their ability to adapt and rise to the occasion to teach their students online. They commend their patience, flexibility and dedication. However, they simply feel that face to face learning is more effective.

Although all parents interviewed expressed their concern about their children’s health, they are all of the view that once proper health practices are put in place they are confident that their children will be safe in school.