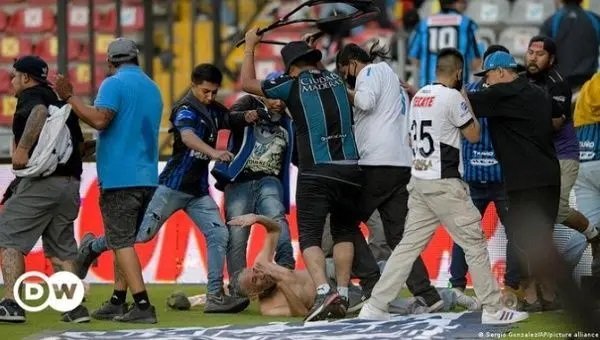 In Mexico, a confrontation between fans of the Queretaro and Atlas teams left at least 17 dead and more than 20 injured, according to the information disclosed by the media of the North American country.

The Civil Protection Coordination of the State of Queretaro indicated through its twitter account that at least 22 people were injured as a result of the clashes between Queretaro and Atlas fans at the Corregidora Stadium.

The 63rd minute of the match between Querétaro and Atlas de Guadalajara was being played when a confrontation began in the stands between fans of both clubs.

Unable to resolve the incident, the stadium’s security personnel opened the accesses to the field so that people could get to safety while the game was still in progress.

The episode of violence led to the suspension of the match and was condemned by the governor of the state of Querétaro, media and representatives of the Mexican soccer league.