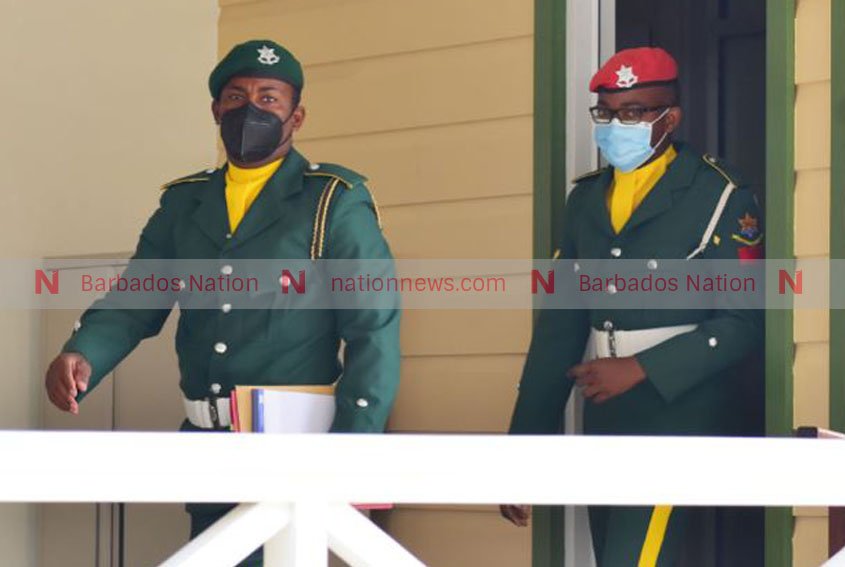 Judge Advocate Lieutenant Commander Rita Evans will today rule on a number of objections lodged by the defence in the court martial of Barbados Coast Guard officer Shane Coulthrust.

The 33-year-old private pleaded not guilty yesterday to 12 charges of misconduct associated with his actions while on duty on a Coast Guard vessel on April 19, 2019.

His attorney, Andrew Pilgrim QC, objected to lead investigator Sub-Lieutenant Alexander Kellman reading from his official notebook a number of oral submissions made to him by the accused, which could be considered admission or a confession to the crime.

Pilgrim asked the court martial panel to rule on whether the proceedings were bound by the Evidence Act of Barbados. If so, he added, based on certain rulings by the Court of Appeal, a recording of his client’s statement, either by audio or video recording, should have been made.