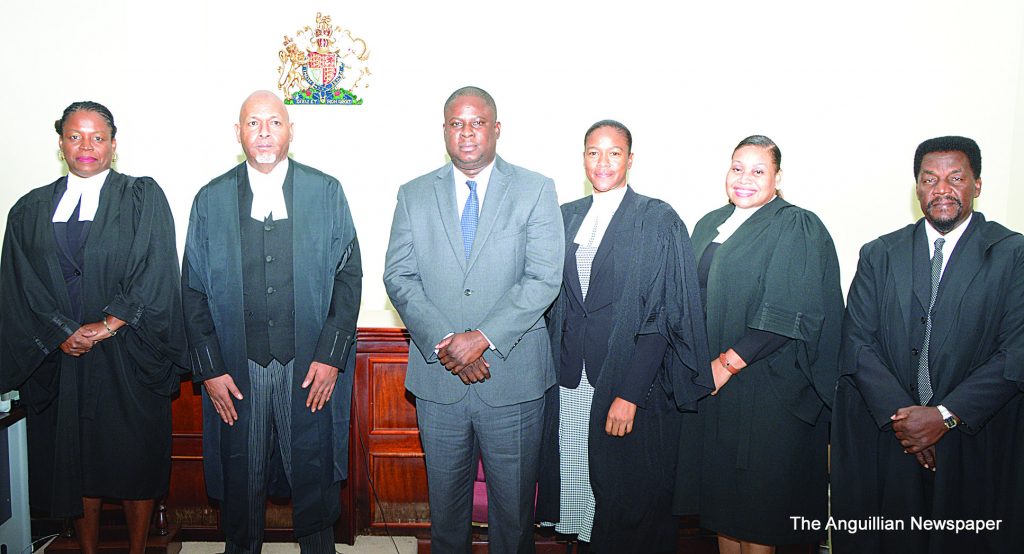 There were not the usual separate church services in Anguilla, and the other eight jurisdictions of the Eastern Caribbean Supreme Court, on Wednesday, January 13, 2021, to mark the ceremonial opening of Law Year.
In addition, there was not the inspection of a Police Guard of Honour by the Resident Judges in Anguilla, and the rest of the sub-union, prior to the commencement of the St. Lucia-based Court, via local video-link, as in the past years.

For this Law Year, there was a virtual ceremonial opening in the form of one church service which came from the Seventh-day Adventist Mission in Castries, St. Lucia. The sermonette was delivered by Dr. Franklin Bray, a well-known preacher and social worker.
The online streaming of the service from St. Lucia was provided by Lnostudios there; and the Special Sitting of the Court was produced by the University of the West Indies TV – and streamed on the Eastern Caribbean Supreme Court Website.

The Master of Ceremonies was High Court Judge, Mr. Justice Brian Cottle, of St. Vincent and the Grenadines, whose opening remarks were followed by the delivery of the feature address by Chief Justice, Dame Janice M. Pereira. She spoke at length on the impact of Covid-19 on the functioning of the Court; the justice system – and other related matters. (See reports elsewhere in this edition of The Anguillian newspaper). The theme of the Law Year ceremony was “ECSC: Managing the COVID-Quake.”

The other speakers during the virtual event were: the Attorney General and Minister of Legal Affairs of Antigua and Barbuda, Mr. Steadroy Benjamin; the Attorney General of St. Vincent and the Grenadines, Mr. Juandy Martin; the Director of Public Prosecutions of Grenada, Mr. Christopher Nelson QC; Senior Magistrate, Ms. Tamia Richards of the British Virgin Islands; Mr. Charles Wilkin QC who represented St. Kitts and Nevis and the Inner Bar; President of the OECS Bar Association, Ms. Jean Dyer, who has her own Legal Chambers in Anguilla; President of the Dominica Bar Association, Mrs. Heather Felix-Evans; Ms. Paulette Harrigan who spoke on behalf of Anguilla and Members of the Utter Bar; Mr. Thaddeus Antoine, who spoke on behalf of St. Lucia and Members of the Utter Bar; and Ms. Korah Galloway who addressed the court on behalf of Montserrat and the Junior Members of the Utter Bar.