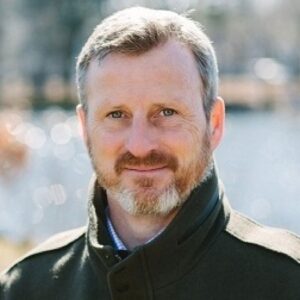 Even though the PPP/C Administration broke the back of its monopoly over the telecommunications market, Atlantic Tele-Networks Inc. (ATN), the US-based parent company of the Guyana Telephone and Telegraph (GTT), is of the impression that its June 18, 1990 licence is still intact and therefore, gives it exclusive rights over “domestic fixed and international voice and data services.” Should its contract be involuntarily terminated, it may challenge the government for compensation.

ATN noted this much in its latest financial filings with the United States Securities and Exchange Commission (SEC). In that document which was perused by Kaieteur News, ATN made it clear that it has a licence from the Guyana Government which allows it to “be the exclusive provider of domestic Fixed and international voice and data services.”
ATN said that licence from the Government included an initial term ending in December 2010, which was renewable at its sole option for an additional 20-year term. In November 2009, ATN said it had notified the government of its election to renew its exclusive licence for an additional 20-year term expiring in 2030.
On December 15, 2010, ATN said it received correspondence from the government indicating that its licence had been renewed until such time that new legislation was enacted to expand competition within the sector.
Fast forward to October 5, 2020, ATN was keen to point out to the SEC and its shareholders by extension that the Prime Minister of Guyana, Mark Philips, formally implemented telecommunications legislation previously passed by the Parliament in 2016. The company said this legislation “introduces material changes to many features of Guyana’s existing telecommunications regulatory regime with the intention of creating a more competitive market.”
The US-based firm pointed out that, at that time, it was already issued a new licence to provide domestic and international voice as well as data services and mobile services in Guyana.
The company further noted that two of its competitors, being Digicel and Enetworks, which had previously provided fixed voice and internet services, thereby eroding much of its market share, were issued service licences as well. “While we have requested details of our competitors’ licences, such information has not been made public by the Guyana Telecommunications Agency, and we are not yet able to ascertain whether the licences issued to our competitors permit any competitors to provide services that have been subject to GTT’s exclusive rights contained in its 1990 licence,” ATN stated.
Additionally, the US firm recalled that it was on October 23, 2020, that the Government of Guyana brought into effect new telecommunications regulations called for by the telecommunications legislation. It noted that “the regulations include new requirements for the market as a whole, which impact our operations, administrative reporting and services.”
Even though the government would have introduced a new law and regulation to liberalize the sector, ATN told its investors that “there can be no assurance that these regulations will be effectively implemented, or that they will be administered in a fair and transparent manner. We believe our existing, exclusive licence continues to be valid unless and until such time as we enter into an alternative arrangement with the Government.”
Under these circumstances, ATN said, there can be no assurance that its discussions with the Government of Guyana will resume or be concluded, or that such discussions will satisfactorily address its contractual exclusivity rights. While ATN noted that the option to seek damages or other compensation for any involuntary termination of its contractual exclusivity rights is on the table, it informed the SEC that it cannot guarantee that it would prevail in any proceedings to enforce its rights.