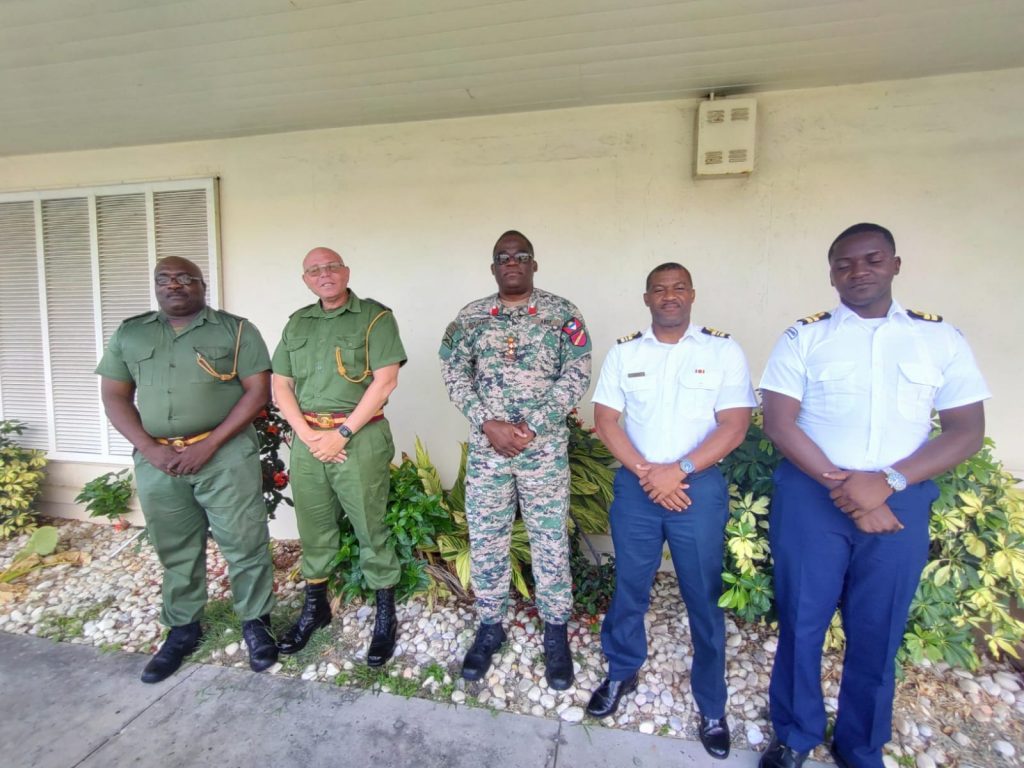 Congratulations are in order for the newly promoted officers of the Antigua and Barbuda Defence Force. On Thursday 5 May 2022, a short ceremony was held at Former Air Station to promote four officers to varying ranks. Newly promoted are : Captain Dorian Davis- promoted to the rank of Major

Leuitenant Karl Jarvis promoted to the rank of Captain

Leuitenant Robert Labadie promoted to the rank of Captain

These officers serve in various leadership roles within the organization, and play a critical role in the development and advancement of the Antigua and Barbuda Defence Force.

Col Benjamin also used the opportunity to advise them that they should honor the charge laid out in their promotion scrolls as they continue to assist in the development and advancement of the Force.

‘To whom much is given, much is expected.’