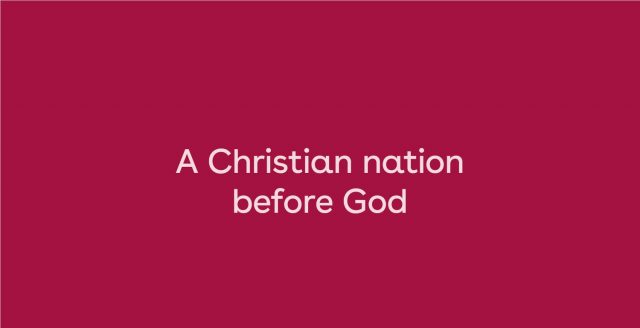 It is Saturday night and I am listening to a political program on a popular radio station. The radio stations are awash with political programs all year long and though they often induce political fatigue because the toxic nature of these programs can be stressful, I listen when the opportunity avails itself because it is good to have an ear on the ground.   I was never keen on opening myself up to such torture, but it is sometimes a necessary evil.  By and large, I have always held the view that politicians are merely blowing hot air. My experience with politicians has taught me that if one is living with his head in the sand; then, blind allegiance to a party is the outcome, but if one is realistic and does not live in an illusionary world, objective assessment of governance no matter the political party at the helm will be possible.  One will be able to see development, identify shortcoming, know when what is said is mere persuasive rhetoric and when what is being said is even possible or plausible.  I, therefore, endure the pain of listening and in the process learn many things.  Saturday’s program was instructive, to say the least, and like every teacher who knows that there must be an objective at the focus of every lesson, I realized that many who called were quick to invoke their ‘Christianity’ to add flavor to their contribution and the nomenclature ‘Dominica is a Christian nation’ pervaded my thoughts.

I often laugh whenever I hear the words “Dominica is a ‘Christian nation “.   I laugh because although the popular religions invoke ‘Christ’ at the center of their worship, there is often a very visible disconnect. A dear friend once said to me that we really get to know people when they are at their lowest.   I declare the election period the “low point” for Dominicans.  It is akin to the survival of the fittest.   Party cronies know that it is often a do or die situation; I have too much to lose or too much to gain, and when the alternate options have proved disappointing in times past, it is a fight to the bitter end.  Sadly, at such times, there is an undeclared hiatus as far as “Christianity “is concerned and when there is a flitting reference to God or Christian principles, it rolls off the tongue like gall.  The election period is our nation’s time of testing.  This is when the signs of ‘Christianity’ are most evident or are they? A few months ago, I was reading an article entitled “Why millennials are leaving the church” and though one can find many opinion pieces on this topic, this piece written by Rachel Held Evans highlighted amongst others, a most shocking point; the exodus of most millennials was attributed to the fact that “They don’t find Jesus there!”  Did you just gasp?  Shocking! Isn’t it?  Have you ever gone to a place of worship and wonder what you are doing there?   You try to find somewhere to sit and realize that the three individuals in the pew you are approaching have spread themselves so thick and have even placed their purses, if women, on the seat so as to suggest that you are not welcome to sit there.  Now, if you are so brazen to decide that this is where you will sit, you will get a visual dress down even while the Christian message is being proclaimed.  I am not a millennial, but if the lure to ‘Christianity’ in this ‘Christian’ nation of ours had anything to do with situations such as the aforementioned and especially our behavior during the election period in our nation, then, you understand the rush to the door.

In my childhood and youth, like many Dominican children, I often heard of individuals being referred to as“Bidol’eglise”.  Individuals in society whose outward lives suggested that they were bound for heaven- no stones in the road.  They were present when the doors to the places of worship opened, knew their bible, could quote scripture to support everything, knew all the saints, all the prayers to the saints, and every aspect of a mass or service verbatim -even the Latin, in some cases.  Today, we have “Bidol’eglise” who have dreams/visions, can prophesy, ‘can feel the shift in the land”, “know the Lord’s anointed”, ‘can cast out demons’, and the list can go on.   The reality, Dominica is full of ‘Bidol’eglise”-very fitting for a “Christian” nation, and  I fully understand why we default to “Dominica is a Christian Nation” to reset when we have conveniently forgotten our Christianity.

Saturday night’s program was special coming on the heels of the election and since the Prime Minister had declared the weekend of the victory as one of “prayer and reconciliation”, this was the weekend to gloat and celebrate.  I listened to a senior citizen quoting the scripture as she celebrated her party’s victory because her leader had been “established by God”; “he was the Lord’s anointed”, and then listened to her in ‘Christian fashion’ prepare a special place for the ‘devil and his angels’.  I listened to another who had lit candles prior to voting to, I guess, guide the path to victory and on her voyage to Guadeloupe or Martinique after voting, she cast the ‘devil’ into the abyss of the channel. I will leave you to ascribe a name to that “devil”. I began to think at that point that I would have to find others to try to provide the example of ‘Christianity’ in this Christian nation of ours” since the “Bidol’eglise” had my feet tied.  In local parlance, I was “maway”.  I didn’t know if following them would take me straight to the pearly gates where Saint Peter was waiting to welcome me or to the palace of Beelzebub.

I retreated to the thought that often dominates whenever I hear the all so popular cliché – ”Dominica is a Christian nation”; Christianity is individual, not national.  I reflected again on the article I had read and realized that if one went to church for the expressed purpose of finding Jesus, then there would be a stampede of, not only millennials from the churches as the toxicity of these ‘Bidol’eglise” would definitely drive Jesus out.  The Church is an organism; it is made up of the people, and if all we bring to church is hate, acrimony, and the like, the church and ‘Christian’ nation will so reflect.  While I will not dissuade others from church and I do enjoy being part of a church, I am ever so thankful for the Omnipresence of God.