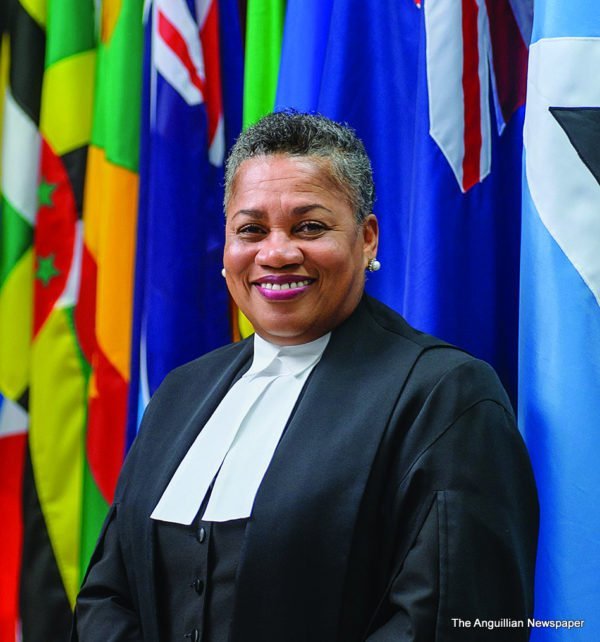 The Chief Justice of the Eastern Caribbean Supreme Court, Dame Janice M. Pereira, has condemned what she described as an area of great concern to the court.
In delivering her address during the ceremonial opening of Law Year 2021, the top Jurist in the sub-region said:
“Notwithstanding that we sought to manage the impact of COVID-19, by doing what we can to minimise this threat on access to justice and justice delivery, there is an area of great concern emanating from certain quarters outside of the Judiciary.
“I would be remiss were I not to raise them. Over this last year, we witnessed unwarranted and vitriolic attacks on the Judiciary, as an institution, and our Judges, as individuals, by members of the public. The frequency of these attacks is becoming alarming with the potential for causing great harm to the safeguards which are entrenched in our Constitutions for preserving and upholding the law.

“On too many occasions, over the past year, our Bar Associations and Legal Practitioners have had to speak out against such conduct. I wish to remind legal advisers, as officers of the court, and who seemingly stay silent in the face of these unwarranted attacks, that they become enablers and complicit in the undermining of the administration of justice. This behaviour must be publicly and vociferously rebuffed at every turn – as silence in the face of these attacks only serves to give them credence.

“While it is proper to criticise a judicial decision, and otherwise engage through the well-recognised process for appeals, it is quite wrong to engage in baseless personal attacks against a judicial officer, and the Judiciary as a whole, merely because a decision has gone against you.”
Meanwhile, the Chief Justice made the point that despite COVID-19, the Eastern Caribbean Supreme Court, notwithstanding that its functions were affected by the virus, was still very much engaged in its judicial work. She pointed to several virtual events including the video-link transmission of the ceremonial opening of Law Year 2021. “Justice cannot be quarantined,” she observed.
“It is worth reminding that Judicial Officers take an oath to do justice according to law, not according to man or woman. It was Aristotle who said, and I quote: ‘At his best, man is the noblest of all animals. Separated from law and justice, he is the worst.’ And so, let us seek to abide by the rule of law.’”

The Chief Justice continued: “I also wish to remind that the Judicial Branch of Government remains an independent and essential check on all forms of power, on all threats of injustice for the protection of every individual’s rights and freedoms. We must therefore never allow ourselves to be lured into a sense of complacency – or encourage a luring or crossing of boundaries between the Judicial Branch and other branches of Government.
“Neither should unwarranted attacks on the Judiciary be allowed to become an acceptable norm of behaviour – irrespective of whose lips the utterances my come. Our Judges must therefore remain resolute, confident and vigilant in rendering justice without fear or favour in accordance with their oath.”

Dame Janice Pereira added: “I feel compelled, however, to place on record our appreciation for the support of the OECS Bar Association, and the constituent Bar Associations of the Eastern Caribbean, in vociferously speaking out, in defence of the Judiciary and our Judicial Officers in circumstances where the court cannot speak for itself.”