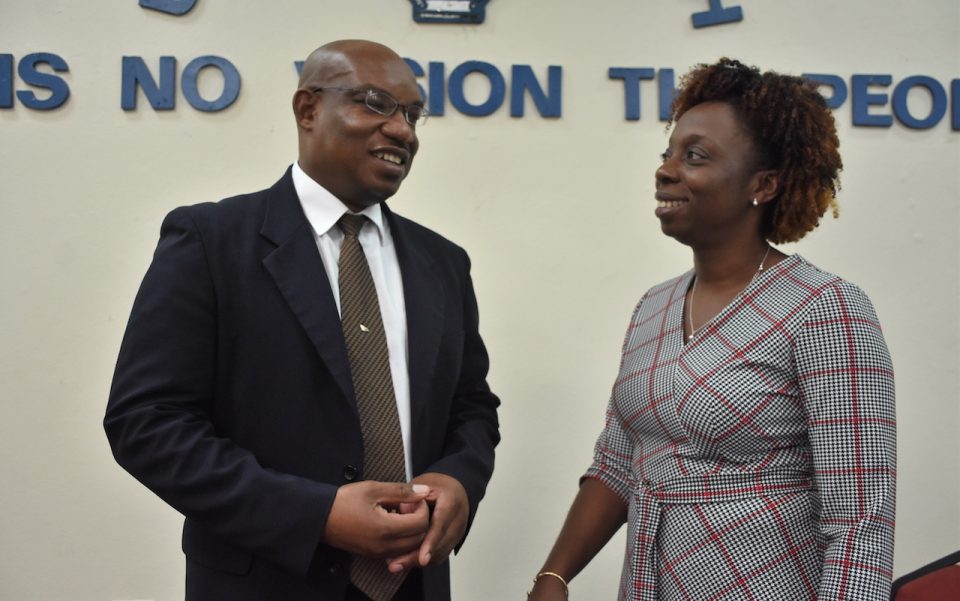 The Barbados Water Authority (BWA) and the Barbados Workers’ Union (BWU) are close to a new deal that will give employees the choice to work any five days out of seven.

But, unlike workers at the Sanitation Service Authority (SSA) who are resisting such a system, BWA workers have reportedly been suggesting it to management since 2013 to help improve the state-owned water utility’s efficiency.

Senator Moore said: “We are prepared to revisit our terms and conditions specifically our hours of work and see how we could cut down on overtime costs while boosting financial and operational efficiency.

“That was proposed and previous boards never entertained it.”

While details of the new arrangement have not yet been fully determined, the parties disclosed that discussion on the changes restarted late last year.

Workers have reportedly opted to pursue a shift system along with an any-five-out-of-seven-day work week as opposed to the traditional and often more convenient Monday-to-Friday week which would net overtime payments for those asked to undertake emergency work on weekends.

This decision is expected to save the BWA thousands of dollars in overtime payments while ensuring that some workers remain on duty at all times.

The BWU general secretary said: “It is very significant at this time… that the public understands that this particular issue was not a management directive coming to the workers of the Barbados Water Authority, but it was one that was proposed by them and presented to the board and management of the BWA since 2013.

“If you would recall back then, we were in the public sector discussing restructuring at a number of levels and the workers of the BWA collectively presented a proposal that would have prevented any of their colleagues from facing a restructuring exercise.”

Since then, the BWA has gone through a round of job cuts under the Barbados Economic Recovery and Transformation (BERT) programme.

Although the BWA general manager could not confirm that the change in policy would prevent further restructuring, he said it would ensure that human resources are used more efficiently while the public received the best possible service.

Halliday said: “The commitment we have post the BERT implementation is that we want to maximize the resources that we have onboard.

“We are not setting out to deliberately reduce the workforce or retrench as much as possible.

“We are trying to make sure that the resources we have are a lot better aligned and that we become a lot more relevant particularly where the delivery of customer service is concerned.”

The officials could not indicate when the changes were likely to take place but according to Moore, the plans would undergo thorough scrutiny to ensure workers are in no way “undermined” or disadvantaged after extending goodwill to their employer.

She stressed: “Contrary to opinion out there that unions are not forward thinking… the Barbados Workers’ Union have always given a commitment to changing processes in a way that will deliver on improved outcomes.

“But one of the things we don’t compromise on is that in changing processes we undermine the rights, terms and conditions of workers.

“This process is to make sure that the body is as involved as possible and engaged in something that they proposed and that we are representing on their behalf.

“So I believe the outcome when it is finalized will be one that is regarded as being in the interest of both.”

For most of last year, the National Union of Public Workers, which represents the country’s SSA workers, has resisted such flexibility with leaders indicating that weekend work ought to be reserved for the worker’s social life and family commitments.