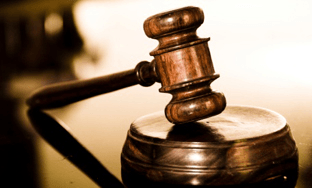 The legal representative for British rape convict Lee Martin-Cramp has said that he is awaiting the receipt of the written judgement from the Eastern Caribbean Court of Appeal which, yesterday, dismissed an appeal of the conviction.

After receiving the written judgement, the lawyer will then “take instructions on whether to make final appeal to Privy Council”.

The now ousted British cop, Martin-Cramp, filed a notice of appeal in the High Court last July, indicating five grounds on which he planned to advance through his lawyer, Warren Cassell.

Details surrounding the ruling are still coming to hand and Observer also awaits the release of the written judgement, which was handed down by Justice Davidson Kelvin Baptiste during a hearing via Zoom.

In early 2019, a jury found Martin-Cramp guilty of rape, which carries a maximum penalty of life in prison.

Earlier that month, he was sentenced to 15 years for raping the 22-year-old woman whom he drugged weeks after they first met via the Tinder dating app and agreed to go out.

Following his arrest in September 2018, Martin-Cramp became the first British national to be extradited to Antigua and Barbuda.

The extradition was only made possible after assurances were given regarding about where the accused would be incarcerated, as the UK authorities agreed with Martin-Cramp that the conditions at Her Majesty’s Prison on Antigua were inhumane and would breach several of the accused’s human rights.

The convict, who is now in his late 20s, is serving his time at the former US Naval Base, which has been declared a prison for the purpose of his detention.