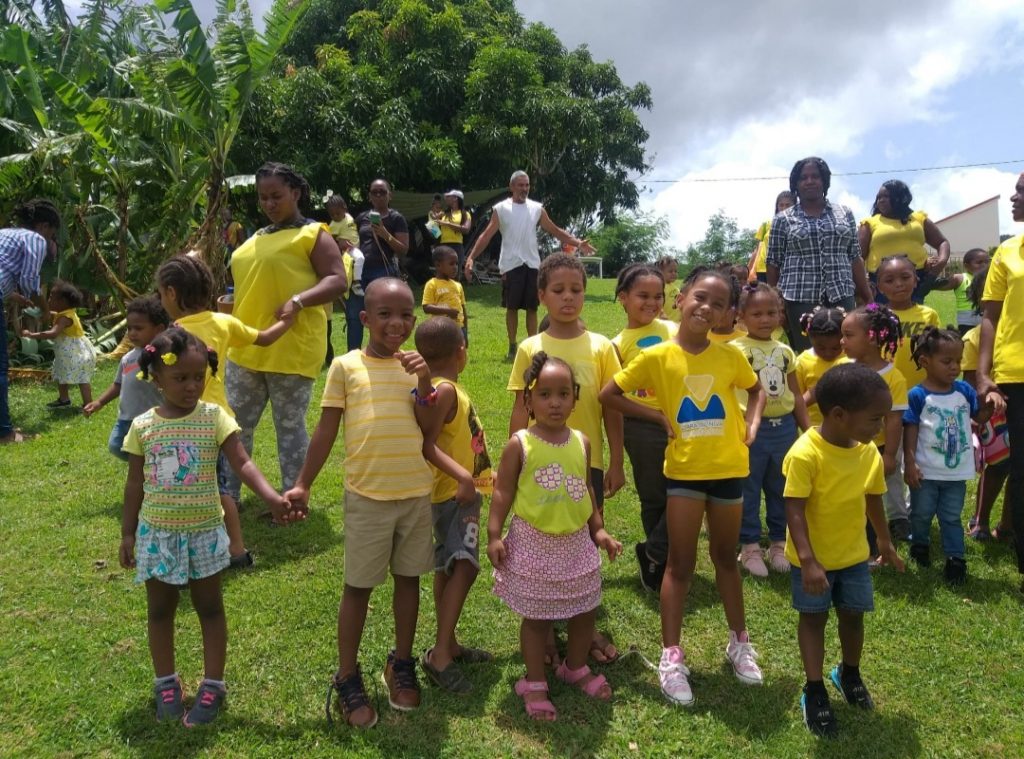 Clara Bilingual Montessori (CBM) Center of Education founded by Agnita Gregoire Globensky, is the first of its kind in Dominica. Montessori schools can be found all around the world, including in nearby St. Lucia and St. Kitts and Nevis.

The Montessori approach to Education fosters an environment of learning, where students can engage in activities and through these experiences they learn more about themselves. The school concentrates on early childhood education and aims to nurture students who not only excel academically, but also have self confidence, knowledge of self care and a willingness to care for others. The school is taking education away from the traditional approach.

CBM in Dominica hopes to achieve this goal by adding more than the basic subjects to its curriculum. The school also offers physical education, ballet, karate and swimming.

CBM educates students in both French and English. When asked why she had specifically chosen to teach French at her school Globensky shared that she feels it is important for people of a country who is situated between two French islands, to be able to communicate with its neighbors.

The Montessori approach to education believes that enabling children to feel respected inspires and empowers them to contribute positively to the world. The school often organizes student trips to foreign countries to expose students to different cultures and to teach them that although they are encouraged to be proud Dominicans, they are also citizens of the world. Cultural diversity is important if not essential in this constantly changing world.

Dominican born educator Agnita Gregoire Globensky, has always been passionate about the development of children especially in the stages of early childhood. She obtained her undergraduate degree in education at the University of the West Indies Cavehill Campus and later went on to complete her graduate degree in leadership and management from Penn State University.

Globensky expressed that she was motivated to create a preschool in Dominica by her fellow Dominicans who were aware of her work in creating schools in other countries such as Barbados, Canada and Nigeria, and they were hopeful that she could employ her skills in Dominica as well. Globensky saw an opportunity to give back to her country and leaped at the chance. The Clara Bilingual Montessori (CBM) Center of Education opened its doors for the first time in September 2016. Currently, the school employs 13 teachers and has 97 students. Since its inception the school has faced many trials but continues to persevere and grow. The school received certification to operate as a primary school in April of this year.

Due to conditions caused by Hurricane Maria the school was severely impacted and experienced over $60,000 (ec dollars) in damages in 2017. However, Globensky did not allow that deter her. She gathered the funds she could personally come up with and with donations of pre-owned teaching resources from friends and family, she opened her doors again. Because the Clara Bilingual Montessori (CBM) Center of Education was one of the first preschools reopened after the hurricane, parents were quick to enroll their children at the school and their numbers grew.

Just a few years after this ordeal the Covid-19 pandemic was declared, forcing the school to be temporarily closed down. Although the school was again severely impacted, the originator was not discouraged. Globensky stated that she was “more focused on bouncing back than counting losses”. She shared with Caribbean News World that the St. Nicholas University School of Veterinary in Dominica came to their aid, and donated towards two months of their rent and a parent has been donating the use of her swimming facilities for swimming classes.

When asked where she saw her school in the next two years Globensky expressed her hopes of building her own school with a large yard that the students can enjoy.

The founder also feels that it is important that her school gives back to the community in any way it can. Annually the school offers 3 semi scholarships to students in need.

Agnita Gregoire Globensky, is proud of how far her school has come and hopes to continue nurturing as many students as they can in the future.

1 thought on “Bringing A Different Approach To Education In Dominica: The Clara Bilingual Montessori (CBM) Center of Education”