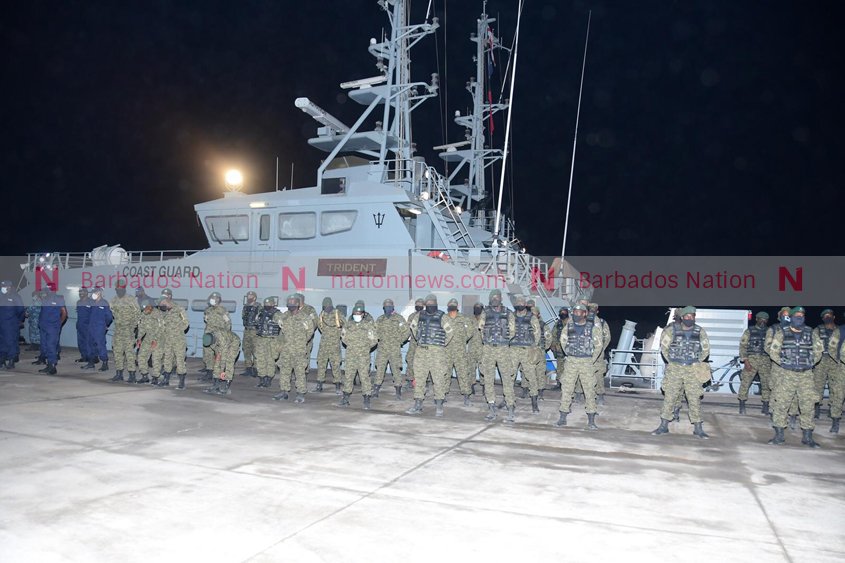 Members of the Royal Barbados Police Force and the Barbados Defence Force (BDF) are on their way to St Vincent and the Grenadines to bolster security in the wake of the ongoing volcanic eruptions.

Speaking to the media prior to departure of the two coast guard vessels carrying the deployment and relief supplies, BDF Chief of Staff Colonel Glyne Grannum explained that the team would assist in anyway required by local law enforcement in St Vincent.

“From the Barbados Defence Force it is an infantry platoon which usually consist of about 30 men, and additionally, a small team with them is some support staff. This would include drivers, medical specialists and communications specialist,” said Grannum

Grannum noted that the team, which is likely to operate in shift system, will render services for as long as required by St Vincent’s government.

“How long we stay depends on a number of things, for example in Dominica in 2017, we went in September and the last set of troops came out at the end of the year.

“As we have heard from the scientist and other experts, we don’t know how long this period of volcanic activity is going to last. The bottom line is that the Barbados Defence Force, as part of the Regional Security System, will do as much as required for as long as needed,” he stressed. (CLM)

Coverage is brought to you by Trident Insurance.