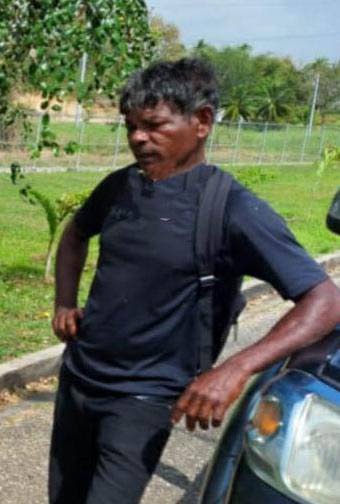 A man who went to visit his friend, a farmer, at his home in Barrackpore early Tuesday instead found his body with his throat slit.

Police identified the victim as Rajkumar Bisnath, 52. He lived alone in a small wooden house in a scarcely populated farming area at Cumuto Trace South.

Police said the man went to the house at about 5.30 am and called out to Bisnath, also known as Blackboy and Bobby. When he got no response, he went inside where he found the body.

Residents last saw Bisnath alive on Monday at about 3 pm in the area.

A resident told Newsday that Bisnath did not have any biological children.

Police are calling on anyone with information about the killing to contact the nearest police station. People can also call 999, 555 or Crime Stoppers at 800- TIPS (8477).