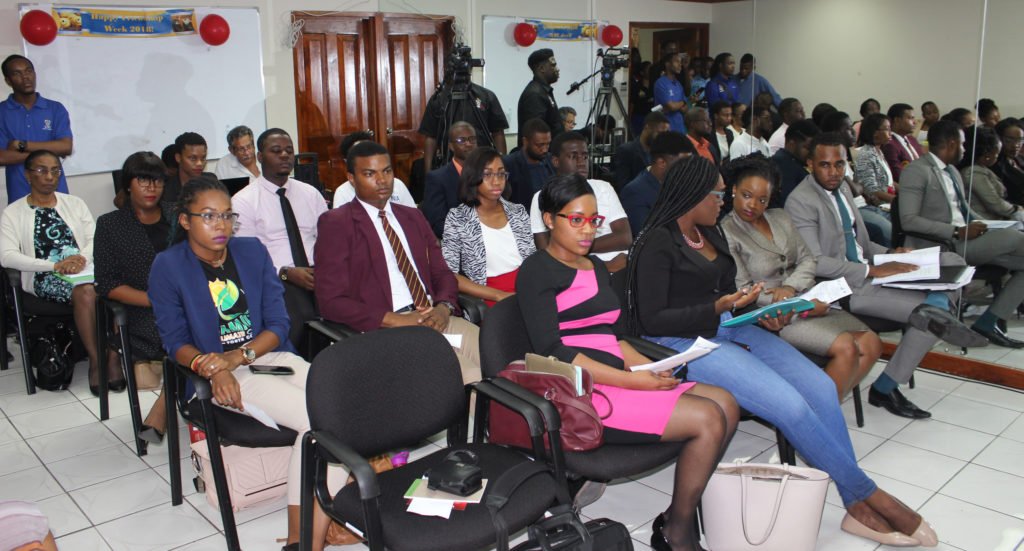 Young people across the Region will once again have an opportunity to raise pertinent issues with the Secretary-General of the Caribbean Community in a public Forum.

The Secretary-General will be engaging with the youth in the annual “Ask SG” event which is usually held just ahead of the Regular Meeting of the Conference of the CARICOM Heads of Government. This year, “Ask SG’ will be held on 1 July 2019, at the studio of the Saint Lucia Government Information Service. It is an initiative of the CARICOM Youth Ambassadors.

A Report of the CARICOM Commission on Youth Development (CCYD) in 2010, signalled that the Region’s young people have envisioned a transformed context for Caribbean governance in which they are afforded opportunities to contribute and participate in political and socio-economic development at community, national and regional levels. It also noted that many feel marginalised, alienated and suspicious of the national and regional political process due to the remoteness of the political systems from their daily lives. There is also a growing concern that the views and ideas of youth are not taken into account in their own development.

It is with some of those concerns in mind that the Secretary-General continues to host this event each year. This initiative provides youth with the opportunity to let their voices be heard and to contribute their views to the regional integration process. The main topics up for discussion at the event this year are: intra-regional travel – its importance in regional integration, the inclusion of youth as a critical part of decision-making and employment/entrepreneurship for youth in the Region.

CARICOM governments have committed to deepening the participation of Caribbean people in the democratic process and have endorsed a Charter of Civil Society for CARICOM as the avenue for institutionalising the voice of civil society. The Region’s youth comprise a critical component of Civil Society. They are therefore expected to be afforded suitable avenues for expression on the various issues within the Community that affect them. The engagement with the CARICOM Secretary-General will aid in providing that outlet.