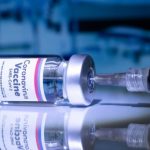 The government announced it would begin the country’s COVID-19 vaccination programme on Wednesday morning.

Cabinet Spokesman Melford Nicholas said, “they will start with the frontline workers at the Mount St. John’s Medical Centre.”

“There are a number of institutions that will form part of that priority list, but we will be starting with the health workers to include the doctors and all the other health professionals,” Nicholas told reporters following an emergency Cabinet meeting on Monday.

“Obviously, the number of persons who are in that first category would also include the police force. The police commissioner was with us today as well, and he has expressed a keen interest in having the members of his force, those who are willing of course, to be afforded the opportunity to be vaccinated,” he added.

“To demonstrate our commitment and our support to this, the Cabinet Ministers all have indicated a willingness to be a part of the second batch of persons”, the Information Minister revealed adding the move was intended to increase the public’s confidence in the vaccine.

“It is not to push ourselves above the rest of the public, but we think that there is indeed a significant level of doubt that is being expressed”, he explained.

Nicholas said technicians would be trained on Tuesday to navigate an IT software to document the vaccination process.

He explained, “when they present themselves for the vaccination, all that needs to be done is a validation of who they are and to apply the vaccine and of course to record the batch and sample that they have been vaccinated with, date and time, and of course who is the officer assigning it.”

He said the general public would get an opportunity to be vaccinated when the next batch of doses arrive in about two weeks.

Nicholas explained people, “will be invited to indicate their willingness to take the vaccine.”

“By going online and indicating their willingness, they will be required to upload their information, their geographical information and other pertinent information about themselves, perhaps their Medical Benefits or Social Security card number and once that information is captured, the Ministry of Health and the vaccination authorities would then schedule an appointment with you to be able to get the vaccine.”

“The intention here is to roll the vaccine out into the districts so not only will they be done from central locations like the Multipurpose Centre and the Sir Vivian Richards Stadium or from the various community clinics, but we are trying to reach as far and wide as possible”, he added.