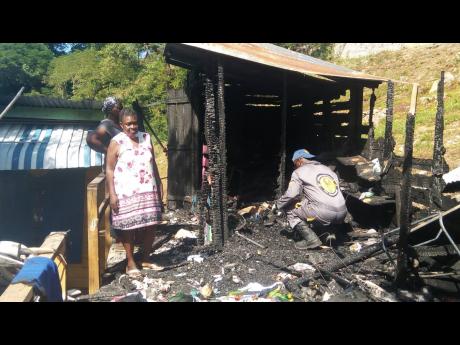 Nearly $400 million worth of damage has been left in the wake of market fires across Jamaica in the last five years, a worrying trend for municipal authorities that have grappled with safety and security concerns across cities and towns.

Since 2015, there has been $385 million in losses from 18 market fires, crippling commerce and livelihoods in urban centres that are usually teeming with hundreds of shoppers.

In response to queries by The Gleaner on the five-year period under review, the Jamaica Fire Brigade (JFB) reported that there have been 11 such fires in Kingston and St Andrew, with estimated losses of $212.7 million.

The others occurred in the parishes of St Catherine in 2016 (Old Harbour Market), Falmouth in 2018, St Mary in 2019, as well as three in May Pen, with combined estimated losses totalling $162.7 million.

Despite speculation about the triggers behind market fires close to the holiday period, Senior Deputy Superintendent Ricardo Hibbert told The Gleaner that with the exception of May Pen, a trend has not been established.

“The fires in May Pen occurred round about the same times … . Based on the dates, there are no trends in Kingston; it is all over the place,” Hibbert told our news team.

The JFB said that there have been fewest fires in its Area Four Western Division, comprising St James, St Elizabeth, Hanover, and Westmoreland.

Four shop owners at the Old Fort Craft Market in Montego Bay are the latest victims, having lost all their goods in a fire between late Sunday night and early Monday morning.

The vendors who were left to count their losses are Marcia Brodie, Ruth Samuels, Karlema Findley and Leisa Murray, who were among scores of persons who turned up at the location yesterday morning to assess the devastation.

Brodie told The Gleaner that she received a phone call about 6 a.m. informing her that her shop and several others were on fire.

“When I got to the market, my shop was completely destroyed. I did not get to save a single thing. I have lost millions of dollars worth of craft, jewellery, clothing, among other items,” she said.

Reports are that shortly 4 a.m., persons who live in proximity to the Old Fort Craft Market saw plumes of smoke rising and promptly alerted the St James Fire Department.

“We were able to prevent the fire from spreading, but unfortunately, the contents of four shops were destroyed,” a firefighter said.

An investigation into the cause of the blaze is ongoing.

Marylin Falconer, the president of the Old Fort Craft Market, corroborated the shop owners’ estimate of $10 million in losses.

“This is a terrible blow to the vendors because the business in the market is already not very good, and to know that in a time like this, you lose all your belongings, is a tragedy,” he said.

Falconer was particularly heartbroken for Brodie, a single mother who relied solely on the craft market for her livelihood.

“I can just imagine how she feels because I went through the same pain in 2015 when 15 shops, including mine, were destroyed by fire. I went to hell and back to be where I am today,” said Falconer.

With Christmas on the horizon, Falconer is anxious for the affected shop owners to get back on their feet. He is calling for the St James Municipal Corporation to move quickly to rebuild the shops.

Old Fort is the second major fire to affect vendors in just over a week. On December 1, vendors at May Pen Market in Clarendon were wiped out when the entire market was destroyed in a horrific blaze. A highly placed source at the municipal corporation has put the bill at around $7 million, but more intensive evaluation is still under way.

Meanwhile, over in Kingston, Vendor Shawn Matthews has had to revert to hawking on the streets of Kingston because of the setbacks from fiery tragedies at the Ray Ray Market.

“Every year it burn down, back to school or Christmas. As you build back, you get broken right back down. There was no survival. For some, it may be different, but I had to make a decision, and this (being mobile) is working so far.”

He blamed the fires on overcrowding, faulty electrical connections, and sabotage.

And a vendor who gave her name as Jessica expressed anxiety about the looming prospect of another market fire in Kingston.

“Every time the market catch a fire, you can’t hear the reason, pure speculation. Only who a cause the fire know. If we sit and wonder about it, we miss the little sales. We don’t want any more market fires downtown. It must stop,” Jessica said.

At the groundbreaking ceremony for construction of the new Port Maria Market in St Mary last year, McKenzie said that there was need for markets across the island to get “serious attention” as the facilities were major sources of income for many Jamaicans.

The Government said then that some $400 million would be spent during the 2018-2019 financial year to construct and upgrade markets across the island.