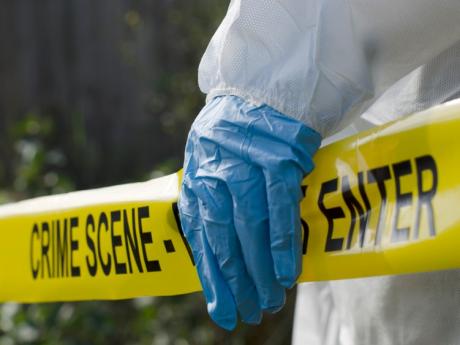 Jamaica’s murder tally now stands at 312, an increase of eight per cent when compared to the corresponding period last year, this after a bloody 24 hours which saw at least 10 homicides being recorded on Tuesday.

The bloodshed began at 8:15 a.m. Tuesday when gunmen opened fire on a male passenger on a bus along Spanish Town Road, in the vicinity of Delacree Park.

Thirty-year-old vendor Dennis ‘Gregory’ Nixon was shot repeatedly and died on the spot.

A woman was also injured in the attack.

From there, investigators were called to the scene of a double murder along Barry Street in downtown Kingston about 9:30 a.m.

Roshane ‘Bigga’ Thomas, 29, and Okeitha ‘Pee’ Lettman were shot and killed, while a woman was hospitalised with gunshot injuries.

It is reported that about 2:02 p.m., Song, who was on the passenger side of the delivery truck, was shot after men opened the door to the vehicle and fired, hitting the now-deceased and the driver.

They were rushed to hospital where Song was pronounced dead on arrival.

At 2:30 p.m., security guards attached to Hawkeye were responding to a robbery at the Public Sector Employees Co-operative Credit Union in the community of Caribbean Estate in Portmore, St Catherine, when they came under attack.

Opolan Smith, 43, was shot and killed by the robbers, while another guard was treated for injuries to his leg and abdomen.

They were assisted to hospital by the police.

And scene-of-crime personnel were called to the intersection of Washington Boulevard and Headley Avenue about 3:30 p.m. after loud explosions were heard.

Upon arrival, 49-year-old Courtney Sutherland was found slumped over the steering wheel of a white Honda Accord, suffering from gunshot wounds.

He was pronounced dead at hospital.

By about 4 p.m., another murder was also declared in the St Andrew South Police Division

Fifty-one-year-old higgler Everton Robinson was gunned down at his stall along Spanish Town Road about 3:40 p.m.

He was reportedly pounced upon by two men who shot him repeatedly before escaping on foot.

Still in St Andrew South, a double murder was committed about 6:30 p.m. in the Palm Grove Housing Scheme.

The deceased have been identified as Richard ‘Big Eye’ Evans, a plumber, and 28-year-old welder Jerome ‘Romie’ Robinson.

It is reported that both men were standing in a common area in the housing scheme when they were approached and shot by men travelling in a motor car.

The final homicide on record, during the 24-hour period under review, took place at a wake in St Andrew South.

Reports reaching The Gleaner are that about 8:15 p.m., 36-year-old construction worker Okeeno Bentley, who is of an Ashley Road address, was fatally stabbed.

The 25-year-old suspect in the attack remains in police custody.